Chinese retailers doubled their sales on the ecommerce giant Amazon in 2015.

When looking at the US Amazon site, the increase was even more staggering, with sales increasing tenfold in just one year.

The increase has been put down to Amazon’s recent investment in encouraging Chinese retailers to sell their goods to buyers around the world using Amazon’s Global Store platform.

To encourage more Chinese merchants to use the platform, it created a Chinese-language version of its merchant management platform targeting the US and UK Amazon sites earlier this year.

It plans to launch Chinese-language versions of its merchant management platform for its German and Japanese sites in 2016.

It also launched a global product listing service which allows sellers to post a listing once and then sell the listing on multiple Amazon sites, rather than having to upload separate listings for each site.

Chinese sellers will now also be able to send their goods to one single warehouse in Europe to target all European countries, making logistics and distribution easier.

Amazon hopes that these updates will help to encourage even more Chinese merchants to sell their goods all around the world using the Amazon site.

The EU wants to encourage cross-border ecommerce within Europe by introducing a two year guarantee for all products sold online.

The European Commission’s proposal would mean that all products sold online within the EU would have to last for at least 2 years.

This would make online purchases less risky for consumers and also simplify sales for online shops. Currently, online shops need to be aware of all 28 different laws governing the sales of products in all 28 EU member states.

Currently, only 15% of EU citizens buy from other EU countries online. The European Commission hopes that by unifying product guarantee laws it will reduce confusion and encourage more cross-border purchasing.

The European ecommerce market is expected to exceed 600 billion Euros within the next 2 years.

The furniture retailer Ikea has announced global sales of almost 5.3 billion US dollars in 2015, an increase of over 11% on the previous year.

Its success has been put down to how it meticulously researches each market prior to entry and how it adapts its products for each market.

For example, before it entered the South Korean market, its market research found that many people in the country have a special fridge especially for kimchi, a type of vegetable dish. It therefore designed a kimchi fridge specifically for this market.

Similarly, prior to entering the Australian market, it found that facilities to charge their smartphones near the bed was something that many Australians really wanted. In response, Ikea developed a bedside table with a built-in charger.

Its Australian stores also stock outdoor furniture throughout the year, rather than just for a few months in summer as is the case in Europe.

An Ikea spokesperson commented on the company’s dedication to conducting thorough market research prior to entering a country, describing it as “incredibly important”.

And finally, research by PwC has revealed the state of the South African online advertising market.

The online advertising market was worth 1.5 billion South African rand last year, equivalent to 94 million US dollars, and it has grown another 15% this year.

News and media platforms are the most popular publishing medium, accounting for 80% of all advertising spend.

Classified ads and social media advertising shared the remaining 20% of advertising spend between them, with Facebook and Twitter being the top 2 platforms for social advertising in the country. 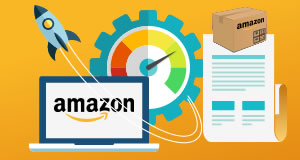