The most recent semi-annual report from the China Internet Network Information Center (CNNIC) has brought many new interesting findings to the table on the current state of the Chinese internet. What’s particularly caught the eye of the press since the report’s release last week, has been the announcement of mobile phones overtaking PCs as the primary gateway to the Chinese web.

And understandably so, as it has big ramifications for organisations targeting consumers in the world’s most populous country.

Then a few days ago, China’s leading search engine, Baidu, announced its financial results for the second quarter of the year, showing strong and healthy growth despite the recent beatings that the company has been taking from analysts.

Preceding to Baidu’s reporting of its Q2 2012 financial results, these skeptics pointed towards a slowing Chinese macro-economy and Baidu’s weak position in the mobile sphere as the main reasons likely to be causing a poor earnings call.

However, this didn’t prove the case, and the company’s strong performance immediately resulted in a 10% stock increase.

As long as it took Baidu to realise the ever-growing importance of mobile, just as quickly has the Chinese search giant managed to transition and prepare itself for the mobile future ahead, it seems. Indeed, the accomplishments and progress (Baidu integration into iOS, launch of proprietary mobile phone, consumer embrace of its personal cloud storage platform among others) made in the mobile sphere during this past quarter must be really encouraging for the company. And even if Baidu still has a long way to go, you need to take just one look at Robin Li’s (Baidu CEO) conference call comments to get a sense of the emphasis put into this area going forward.

Obviously, as  mobile has been a concern for most people closely following the Chinese search company, assuring investors that Baidu is already witnessing strong mobile growth, as well as allocates substantial efforts to spur its future growth, is crucial.

In this regard, it’s particularly interesting that Baidu CFO, Jennifer Li, started her financial presentation by saying: “This is a transformative time for the internet in China and our robust investment strategy will be key to achieve a long-term sustainable growth and strengthening Baidu’s tradition as a heart of China’s internet ecosystem.”

In other words, transitioning the company into becoming the clear mobile market leader in China takes time, money and effort, for which reason the relative increase in expenses, such as R&D, currently exceeds that of revenue.  But if we are to believe the recent figures from the CNNIC, the importance of doing so can’t be understated if Baidu is to stay on top in the attractive Chinese marketplace. 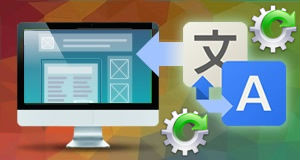 ASOS' Global Sales Soar – But Is Its International Digital Strategy Bulletproof?
Travel Sector Is The Winner In Indian E-Commerce