The Chinese government has announced plans to introduce stricter regulations around ecommerce in the country.

The new rules would target counterfeit products, which are a widespread problem on many Chinese ecommerce platforms.

A recent study by the State Administration for Industry and Commerce revealed that a staggering 63% of products sold on Alibaba’s Taobao platform could be fake.

The Chinese government justified the proposed regulations, saying that currently there is not a strong enough deterrent for ecommerce platforms to weed out fraudulent sellers.

Alibaba, China’s most popular ecommerce platform, also commented, saying: “We will welcome any regulations or policies that encourage the healthy and sustainable development of ecommerce in China.”

The popular Asian messaging app Line has launched its own mobile payment system.

Line Pay allows users to send money to one another without exchanging bank details and buy items from Line’s ecommerce platform.

Line Pay intends to be a global player similar to AliPay and UnionPay, with Line announcing that it has reached a deal with the payment management company CyberSource to facilitate its global growth.

It is entering an already crowded mobile payment market in China, where the Line app is particularly popular, with major players such as Tencent, Alibaba and Apple all proving popular.

The Chinese mobile payment market is extremely lucrative, processing 960 billion US dollars last year alone, 19 times the amount processed in the US in the same period.

Ecommerce growing in popularity in the Middle East

Ecommerce is growing in popularity across the Middle East, according to research by yStats.

The research found that online shopping and internet penetration were rising, with Bahrain being the country showing the fastest increase in ecommerce.

The UAE was the country with the highest rates of online shopping, attributed to high smartphone, internet and payment card penetration rates. The popularity of ecommerce is expected to rise further, tripling in the next 5 years.

Saudi Arabia was the regional leader for mobile commerce, with two thirds of online purchases being made via a smartphone.

Souq was the leading ecommerce platform in the Middle East region, with Amazon, Ebay and Aliexpress also proving popular.

Mali has made its .ml domain extension available to all businesses and individuals in Malaysia for free.

Mali first realised the demand for its .ml domain in Malaysia when it conducted research and discovered that domain registrations for the official Malaysian domain .my were difficult due to bureaucracy and high costs.

Malaysians were therefore increasingly turning to the .ml as an alternative. Offering the .ml domain to Malaysians for free will expand the reach of the domain and build help Mali build relations within the international internet community.

Internet usage is on the rise in Mali, with its .ml becoming the fastest growing ccTld in Africa after its release 2 years ago.

The manager of the .ml domain commented, saying: “This will help us grow.ML and will bring free and easily accessible domains to other nations where the demand is high. Domains are in unlimited supply and as long as the internet users find a meaning or a use for them, there are no reasons to limit them to one market only. This is a perfect example of south-south cooperation.”

Google worked with the Amazonas Sustainable Foundation to capture the images, attaching cameras to zipwires and putting them on boats and hikers to achieve the feat.

The new images cover 310 miles of rivers, streams and lakes, as well as 12 miles on trails in the rainforest.

The Amazonas Sustainable Foundation said that they hoped the new images would “raise awareness and support for their efforts to conserve these areas.” 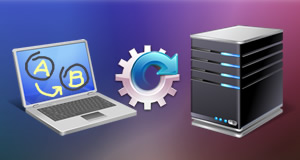