More and more businesses are realising the value on online marketing, with 2 million new domains being registered globally in the last quarter alone, taking the number of domain names to just shy of 300 million.

Reflecting this rise of online marketing, the global digital marketing software market is expected to grow at an annual rate of 17% for the next 4 years.

One software company that is taking advantage of the booming online marketing market is Emarsys, which recently received 33 million US dollars’ worth of funding from Vector Capital.

Emarsys, which produces B2C ecommerce cloud marketing software, plans to use this money to increase its presence in several Asian countries, including Indonesia, Malaysia and Singapore.

The Asia-Pacific region is set to be the strongest B2C ecommerce market this year and is predicted to account for 33% of global ecommerce sales, more than North America at 32% and Western Europe of 25%.

The Standing Committee on Information Technology and Communications in Pakistan has told the government it should end its ban of YouTube.

YouTube is blocked in Pakistan as a result of the country’s strict anti-blasphemy laws, which state that imprisonment and even death sentences can be given to those who insult Islam.

The news comes just as Google had allegedly almost finished developing a blasphemy-free version of YouTube just for Pakistan.

The Standing Committee’s recommendation to un-block YouTube has been met with delight from freedom of speech advocates, who say the ban amounted to censorship.

Online content marketing is popular in Japan, according to research by Grooover.

83% of online advertisers questioned said they engaged in content marketing, with this proportion rising to 86% when including traditional print advertisers.

The most common goal of Japanese content marketers was to boost awareness of the company’s products or services, with over 80% saying they engaged in content marketing to achieve this goal.

Recalling company products and attracting people to the company’s website were also common reasons, cited by over half of online marketers.

Attracting new customers was a less common reason, cited by only a third of respondents.

The main challenge faced by content marketers in Japan was convincing bosses that it was worth investing in, as the performance of content marketing campaigns is difficult to quantitatively measure.

The Indian ecommerce market is lagging behind its fellow “BRIC” countries: Brazil, Russia and China.

Research by Ernst and Young has revealed that only 14% of Indian internet users engage in ecommerce, compared to around 35% in Brazil and Russia, and 55% in China.

Indians also tend to buy lower cost items online compared to online shoppers from other BRIC nations. The average purchase cost is around 70% lower in India, according to the report, showing that many Indians are still not comfortable buying expensive items online.

Meanwhile, yuppiechef.com was awarded for having the best ecommerce store and the best shopping process. 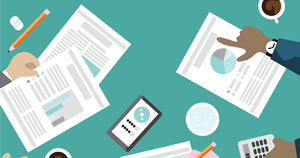