Eiffel Tower and Louvre look to China for growth

Several top French tourist attractions have launched accounts on the Chinese social networks WeChat and Weibo in an attempt to reach out to Chinese travelers.

The Palace of Versailles, the Louvre, and the Centre of National Monuments have all launched accounts, which provide information about the attractions’ histories and exhibitions in Chinese, as well as maps and visitors’ guides.

France is the top European destination for Chinese luxury travelers, according to research by Hurun, coming behind only Australia when looking at the most popular destinations for Chinese tourists globally.

The number of Chinese tourists visiting France went up by a staggering 61% in 2014, compared to the previous year.

The total number of Chinese tourists making outbound trips is predicted to reach 200 million this year, more than double the number 2 years ago.

Ingenico and Google team up in Belgium for project Export Accelerator

The online payment company Ingenico has partnered up with Google to launch a new project called Export Accelerator.

Export Accelerator aims to help businesses expand internationally by identifying potential markets based on the volume of relevant search queries from those countries. Ingenico’s online payment solutions will then help to convert this traffic into paying customers.

The scheme is currently being trialed in Belgium, which was chosen due to the country’s huge ecommerce potential.

A spokesperson from Google commented on the Export Accelerator project, saying: “It’s our goal to inspire as many Belgian entrepreneurs as possible…  There are 11 million consumers in Belgium; the 2.5 billion potential consumers worldwide provide a huge export opportunity. This collaboration with Ingenico Group will make it easier for Belgian businesses to tap into that potential.”

The online jobs site Everjobs has just launched in Senegal.

Unemployment, especially youth unemployment, is a big problem in the country, with many people lacking CV writing and interview skills.

Everjobs hopes to help alleviate this problem, allowing employers to post job adverts and job seekers to search for jobs quickly and easily.

Everjobs will focus particularly on bank and hospitality jobs, with these sectors having high turnover rates in the country.

A spokesperson for Everjobs has said that the company hopes to help improve the jobs market in Senegal and “promote transparency in the labour market”.

The CEO of the Chinese tech giant Qihoo has announced that he wants to re-privatise the company and take it off the New York Stock Exchange.

Qihoo has been listed on the New York Stock Exchange since 2011 and has a value of around 8.6 billion US dollars.

Qihoo’s CEO has said he wishes to lead a consortium of buyers to buy out the company, with some commentators speculating that this could be driven by China’s own booming stock market, with Qihoo possibly seeing more potential in the Chinese stock market than the US one.

Qihoo is a popular Chinese tech company, most well-known for its internet security software, which has around 95% penetration in China.

And finally, chat apps are continuing to grow in popularity globally, and with a variety of such apps to choose from, usage varies around the world.

WhatsApp is typically more popular in fast-growth nations such as South Africa, Malaysia and India. Online use in these countries tends to be dominated by young, urban, affluent smartphone users.

In comparison, WeChat is successful in the APAC region, where Facebook’s messaging apps; WhatsApp and Messenger have yet to show high usage figures.

Other popular apps in Asia include Line in Japan, Thailand and Taiwan, and Kakao Talk in South Korea.

Snapchat follows a slightly different pattern, with mature internet markets such as the US, UK and Saudi Arabia dominating the top ten.  The majority of Snapchat users are teens. 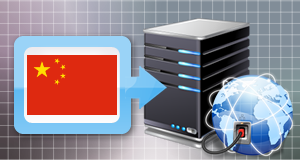