The EU has announced that it plans to launch a competition investigation into the ecommerce sector in the next few months.

The investigation will look at whether ecommerce sites are selling items at different prices in different countries – an illegal practice that goes against the principle of the European single market.

The inquiry will also look at geo-blocking, a practice which the EU strongly opposes, where sites block users from accessing webpages that are available in other countries.

Currently around half of EU citizens engage in online shopping, but only 15% have bought from a foreign retailer.

Yandex.Market launches category for online stores based outside Russia

Half of Russians who engaged in online shopping last year bought from a foreign site, up over 15% on the previous year, reflecting a growing appetite for Russian consumers to buy from foreign retailers.

The most popular categories for Russians buying from foreign retailers were clothing, perfume, make-up, accessories and children’s products.

Yandex commented on the launch, saying: “The number of international retailers on Yandex.Market is expected to grow exponentially: we continue to receive more and more requests to join us from shops who are interested in a potential customer market of Russia’s 76 million internet users.”

Yandex.Market is the most popular online marketplace in Russia, with over 22 million monthly visitors and 16,000 retailers.

We will set up a Yandex Search Banner campaign for you via Yandex Direct, enabling you to run display campaigns on the search result page of on the most popular search engine in Russia.

The Court of Appeal has ruled that UK Safari users can sue Google for tracking their internet activity without their knowledge or consent.

Between summer 2011 and spring 2012, Google secretly installed cookies on Safari users’ devices that allowed them to gather data about their online habits and target them with advertising.

Safari is the default search engine on Apple products such as iPhones, iPads and Apple computers.

The Court of Appeal said in its judgement that the case highlighted serious concerns about Google’s behvaiour, calling out its “secret and blanket tracking and collation of information, often of an extremely private nature… about and associated with the claimants’ internet use, and the subsequent use of that information for about nine months.”

Google, which has already had to pay out 40 million US dollars in the United States for the same thing, said it was “disappointed” by the UK court’s decision.

Research from Global Web Index has revealed an interesting trend about internet usage amongst young people in different countries around the world.

It found that just over a quarter of internet users worldwide are aged 16-24, but that this proportion varies according to internet penetration levels in the users’ country.

As a general rule, the lower the levels of internet penetration, the higher the proportion of young internet users.

India had the lowest internet penetration rate out of the 32 countries studied, and also had the highest proportion of internet users aged 16-24, at 39%.

The other top countries for the proportion of young internet users were also those with low levels of internet penetration, such as Vietnam, China, Brazil, Mexico, the Philippines and Malaysia.

At the other end of the spectrum, however, those countries with lower proportions of young people, showing more people of other ages are also online, were more mature countries such as Ireland, the UK, Germany and Australia. 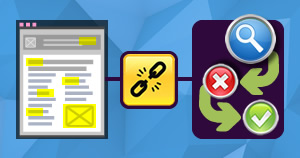 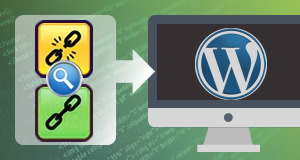 Link investigation and replacement on WordPress 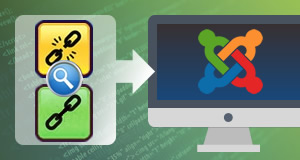 Link investigation and replacement on Joomla