It is a known fact that Japanese are one of the top users of Social media in the world. Japan was the number-one country by the number of YouTube users for years, and still now, Japanese spend most time on YouTube.

Back in April, Yahoo Japan organized GyaO! as its subsidiary, and started new Yahoo/GyaO! video sharing services. Since then, they were able to constantly grow the user base, and according to Nielsen’s report, they became the number-one Japanese video sharing website in September with 11.9 million users.

The report also mentions that while Yahoo/GyaO! website has more users, their users visit the website less frequently and spend less time compared to NicoNico Douga and YouTube users. 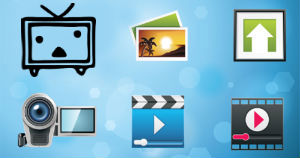