Small businesses in Europe that engage in ecommerce are much more successful than similar businesses that don’t sell online, according to research by eBay.

Around 130,000 small European businesses have joined eBay in the last 4 years, and together have sold almost 20 billion Euros’ worth of goods.

Over three-quarters sell to at least 5 countries, with 39% selling to at least 4 continents. The average number of countries that small European businesses export to on eBay is 18.

Small businesses from the countries hardest hit by the economic crisis are doing especially well online.

Programmatic ads should be more creative

Various big name companies, including Nestle, Unilever and GlaxoSmithKline, have called for more creative and dynamic ads to be used in programmatic advertising.

Programmatic ads are those that are automatically bought and placed by software rather than by humans.

The companies believe that uncreative, untargeted and unoptimised ads are letting down the otherwise promising method.

Demonstrating the kind of creativity it thinks the industry should be aiming for, Unilever recently launched a programmatic advertising campaign in Brazil which used 100,000 different variations of an advert, so that users are targeted with the most appropriate and personalised ad possible.

A spokesperson from GlaxoSmithKline also commented on the issue, saying: “Programmatic is about dynamic content and delivery of that dynamic content based upon data signals that are coming from your data management platform.”

Ecommerce growing in popularity in Mexico

Ecommerce is growing in popularity in Mexico.

Research by Emarketer predicts that online sales in Mexico will rise to 5.7 billion US dollars this year, up 30% on last year.

There are around 140 ecommerce companies in Mexico, with Amazon having launched in the country earlier this year in July.

An Amazon spokesperson commented on the ecommerce market in the country, saying: “I’ve never seen so much interest as now, not just from Amazon and consumers, but from other traditional retailers as well, to invest and come up with online offers.”

The convenience of online shopping is being touted as the main reason for its increasing popularity in the country, with lack of trust in online payment options being the main reason holding some people back.

With smartphone penetration increasing at a rapid pace, now accounting for 60% of all mobiles in the country, the popularity of ecommerce seems set to continue on its upward trajectory.

Video advertising is booming in Indonesia, according to research by TubeMogul.

The research revealed that 90 million pre-roll video ads were played on desktops every day in the second quarter of this year, up a staggering 1,600% on the same period last year.

Video advertising also increased on mobiles, up 21% on the last quarter.

Indonesia is one of the rising stars in the Asian online economy.

Earlier this year, the Chinese search giant Baidu announced it intended to break into the lucrative market.

With internet penetration at around just 20% in the country, Indonesia has huge potential for future growth.

Japan and Turkey team up to develop 5G

And finally, Japan and Turkey have said they will work together to help develop 5G technology.

5G telecoms systems will much faster than today’s 4G mobile networks, with the two countries saying they will work together to develop 5G technology and standardise 5G infrastructure around the world. 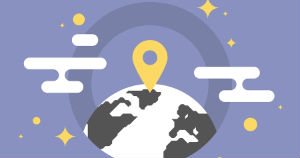 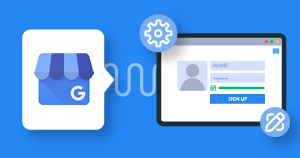