Whether you are a gamer or not, you probably know the names of a video game or two. This form of entertainment is extremely popular, and its industry is ever-expanding. With the increasing global demand for games, the translation and localisation industries play a major role, making it possible for games created in one language and one country to reach millions of people around the world.

Game localisation allows the users’ experience to be as positive as possible, by making them feel like the game was originally created in their language, even if it was in fact translated.

Having said this, game localisation is extremely complex, because games themselves are getting more and more complicated: characters, storylines and game features are always being re-invented to provide a better experience for users.

What is online gaming?

Online gaming is a type of gaming which allows you to join in the experience with other players from around the world, and to play the game alongside them. A consequence of the introduction of online gaming are e-sports ¾ competitions which see groups of gamers competing against each other ¾ where some of the players even make a living out of it.

In order to keep the players interested, games have to be improved and expanded constantly, by introducing new features and involving more and more countries.

Online gaming around the world: Countries and languages

Traditionally, the US was the main consumer of video games, but recently China has taken its place. Having said this, English is still the number one source language when it comes to games, and the main target languages are French, Italian, German and Spanish.

The material that needs translating and localising is not only constituted by the dialogues and descriptions within the game, but also by all the material created around it, whether this is merchandise, websites or other.

What to keep in mind in game localisation

Language differences, of course, are the main aspect to bear in mind. When translating from English, the text usually expands. This can be a problem when it comes to online games, as there are specific character limits to be respected in order for the text to fit on the screen. It is important for gaming companies to recognise this, and keep it in mind during the game design process: a game designed to be translated will make the process of game localisation much easier than one which was designed without translation in mind at all. If you think about your translators, they will think about you too, and you will be sure to get high-quality translations.

Project deadlines are another constraint. The gaming industry moves at a fast pace, and translations generally need to be received and tested way before the game is launched, to avoid any last-minute issues. This means that translators are under immense pressure to deliver on time.

The lack of context can also considerably complicate a project. When translators receive text from games to be translated, they’re rarely provided with the context too. This is likely to generate issues, especially when it comes to gender. English is a genderless language, and when online games get translated, decisions need to be made on the gender of words. Translators need references in order to do this accurately. The ability to fully understand what is going on in the game, as well as the individual characters, is essential for a translator working in online game localisation.

As mentioned earlier, moreover, the amount of material that needs translating is considerable. In the case of websites, it is important to agree on which language content needs to go out when, as well as which countries and language variants you are targeting. Translators also need to ensure that the website translations are coherent with the game translations.

Ultimately, the best way to create a great game translation is to have the user in mind at all times, and to care about making their experience the best it can be. You need to be a gamer yourself in order to be a successful game translator, as you will have the right perspective needed in order to do this. Gaming localisation poses a real challenge for translators, and a passion for games will be your number one asset in doing it successfully! 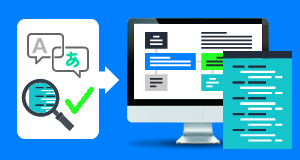 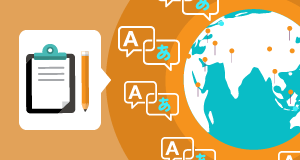