In a joint submission, Google, Yahoo, Microsoft, Facebook and Twitter have raised concerns over how far-reaching the bill is, arguing that it goes too far.

The Investigatory Powers Bill aims to give the government more power to force tech companies to hand over user data. It is being brought in due to heightened fears of terrorism being planned online.

The bill proposes that technology companies should build back doors into their software and hand over decryption keys to allow them to decode private messages, two things that tech companies are strongly opposed to.

In their submission, the tech giants said: “We reject any proposals that would require companies to deliberately weaken the security of their products via backdoors, forced decryption, or any other means.”

The bill also wants to introduce “extraterritorial jurisdiction”, meaning that foreign companies would be forced to comply with UK laws, something that the tech companies have branded “lawless and heavy-handed”.

One of India’s leading mobile messaging apps has had its adverts blocked by Facebook, one of its main rivals.

Hike Messenger is the second most popular messaging app in India, with 70 million users, with Facebook’s WhatsApp being its main competitor in the country.

A Hike spokesperson has accused Facebook of being anti-competitive after noticing that it could no longer use the “send people to your website” advertising feature on Facebook.

After contacting the social media giant about the apparent glitch, Hike was then told that they were not allowed to run the adverts.

This is not the first time that Facebook has been accused of anti-competitive practices in India.

In April last year, the Indian news companies Times Group, Newshunt and NDTV, as well as the travel site Cleartrip, all withdrew from the Facebook-owned internet.org app, pointing to concerns about internet neutrality.

Research by Emarketer predicts that display ad spending will exceed search ad spending in the US for the first time ever this year.

Banner advertising is predicted to be the most popular form of display advertising, followed by video spending. Rich media and sponsorship are set to take third and fourth place respectively.

Video and rich media ad spend are the two categories expected to see the biggest growth compared to last year, with video ad spending set to increase by 29% and rich media by 36%.

The acquisition means that MelOn will now be integrated into Kakao’s leading mobile messaging app KakaoTalk.

MelOn is the most popular music streaming company in South Korea, with 28 million users and a large library of music, mainly K-pop.

KakaoTalk is the country’s most popular messaging app, with 39 million monthly active users.

And finally, a new privacy-focused search engine for the British market has just launched.

Oscobo, which has the tagline “No tracking, just search”, promises not to store or sell user data.

It uses the same search index as Yahoo and Bing and was founded by Fred Cornell, who worked for Yahoo for 12 years.

The search engine is tailored to the UK market, but it says it intends to expand to other countries throughout the year.

Privacy-focused search engines have become more popular recently, with DuckDuckGo recently reporting that it has surpassed 10 million searches per day. 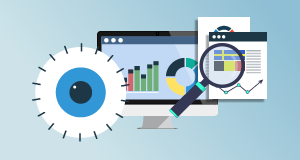