The South Korean search engine Naver has announced that it will soon be launching its first English-language service.

Naver V will be a live streaming service allowing viewers to watch live broadcasts from various Korean celebrities. It will be available as a mobile app.

The service will be in English and will be aimed at international fans of Korean pop artists such as 2PM and Big Band.

The identities of the exact celebrities who will be taking part in the live broadcasts will be announced throughout this month.

Naver hopes that Naver V will help to promote Korean music to an international audience.

Wanda, a giant in the Chinese property and entertainment sectors, invested the most, contributing over half the funds.

Wanda’s president commented on the investment, saying: “It’s Wanda’s first investment in an online tourism company and is in line with the group’s goal of transformation based on the strategy of Internet Plus.”

Most of Wanda’s revenue currently comes from real estate. However, with the property market slowing down in China, the company is seeking to diversify its business to include the tourism, culture and ecommerce markets.

Wanda is focusing on tourism in particular, with plans to invest in 20 tourism programs in the next 5 years, with the aim of attracting 200 million visitors by then.

Google has teamed up with the Indian government as part of the “Digital India” campaign which aims to encourage more Indians to use the internet and increase the amount of local Indian language content online.

Most Indian websites are in English, however, it is estimated that the next 200 million Indians to come online will not be able to speak English. Therefore, Google has said that it will be “working with 30 partners on the Indian Language Internet Alliance (ILIA) to make the web more useful to Indic language speakers”.

The initiative also aims to get 20 million more small-to-medium sized businesses online in the next 2 years.

The Indian government, along with execs from top foreign companies, have said they will invest 4.5 trillion Rupees in the Digital India project.

Research by iiMedia has revealed that the popularity of wearables is growing rapidly in China.

13 million wearables were shipped to China last year, up by 150% on the previous year. This year, this growth is expected to grow even more, increasing by 169% to 35 million shipments.

By 2017, the number of smart wearables being shipped to China is expected to reach 98 million.

Chinese consumers are predicted to spend over 10 billion Yuan on wearables this year.

The rising popularity of wearables in China has caused some problems in the country.

The Chinese army was forced to ban its soldiers from wearing smartwatches and other internet-connected wearables earlier this year, after one soldier allegedly tried to take a photo of his colleagues using a smartwatch, prompting security concerns.

And finally, Sebastien Szczepaniak, a former Amazon executive, has joined the food and drink company Nestlé.

Szczepaniak is Nestlé’s new global head of ecommerce, where his role is to improve the company’s calls-to-action across their digital marketing campaigns. 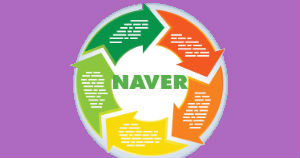 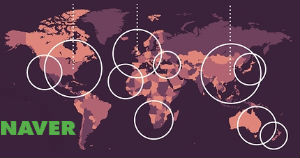