Apple has overtaken the budget brand Xiaomi in the Indian smartphone market.

Apple is now in sixth place in the country, pushing Xiaomi down to seventh place. It comes behind Samsung, Micromax, Lenovo-Motorola, Lava and Intex.

The change suggests that Indians are now more interested in product quality rather than price, and are willing to pay more for better quality.

Sales of iPhones in India increased by a staggering 76% last year, the biggest increase out of all the BRIC countries.

The Indian smartphone market is one of the fastest growing in the world, and two-thirds of internet users in the country access the web via a mobile phone.

Research by yStats predicts that the gap between the Asia-Pacific and Western Europe B2C ecommerce markets will widen over the next 3 years.

By 2019, Western Europe is expected to have 1% shaved off its share of the global ecommerce market, when it will account for a quarter of ecommerce sales.

The European ecommerce market is expected to exceed 600 billion Euros within the next 2 years.

The reason for Western Europe’s slowing growth is because the continent’s ecommerce market is already so saturated, whereas in the Asia-Pacific region internet penetration and ecommerce uptake is still increasing.

Facebook is the most popular social network in South Korea, but local players also have a significant presence, according to research by DMC Media.

60% of South Korean respondents said that Facebook was the social network they used most frequently.

The local photo-sharing social network KakaoStory came in second place, with 17% saying it was their most frequently used social site.

Instagram came in third place with 10%, local social app Band came in fourth place with 8%, with Twitter languishing in fifth place with 2%.

Around 28 million people use social media in South Korea, equivalent to 66% of internet users and 57% of the overall population. South Korea is one of the most technologically advanced countries in the world.

Baidu-owned Qunar to launch an airline

The Baidu-owned online travel company Qunar has revealed plans to launch an airline.

Qunar, an online platform that allows airline companies and travel agents to sell aeroplane tickets, has teamed up with two other Chinese companies to launch the airline, which will run domestic and international flights to nearby countries.

Qunar was recently involved in a fracas with four of China’s biggest airlines after they withdrew from the Qunar platform following a row about high prices.

Qunar says that it is setting up its airline start-up after these airlines set up their own online ticket booking platforms.

100 million Chinese people travelled overseas for leisure purposes in 2014, with this figure set to continue increasing at a rate of around 10% per year.

The companies had applied to Google’s Digital News Initiative fund, which aims to “help stimulate innovation in digital journalism”.

Recipients of the money include El Diario and Spectrm, Spanish and German companies that aim to build a journalism funding system and an artificial intelligence system respectively.

Other news tech companies that want to apply for funding can still do so, with Google having pledged to invest 150 million Euros in total. 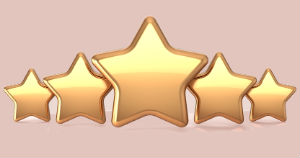 The Conference Calendar: Digital Marketing Conferences In March 2016
Facebook Battles With Authorities Around The World