Yandex has shown positive growth in its second quarter financial results for 2016.

Arkady Volozh, CEO of Yandex, noted that the strong growth had had “notable contributions from the Taxi, Market, and Classifieds business units”, whilst also hinting at the steps towards in “data analysis and AI” it might make in the future, to fuel advances in ad targeting.

Yandex also saw a 7% growth in all search queries in Russia compared to last year, and a 0.6% increase in its share of the market in the country.

The positive results from the quarter are in part due to its success seen across the board in advertising revenue, including an increase of 24% solely from advertisements on Yandex’s own website.

Baidu has unveiled its own augmented reality platform, DuSee, that will allow mobile users in China to use the technology on their current devices.

Whilst it also revealed its plans for AR moving forward, which included integrating it into its flagship apps, Baidu’s plan is to allow hundreds of millions of users to access it immediately.

In a statement, Baidu’s Zeng Hua said that the move would be “quickly bringing AR to a huge population”.

Seemingly referencing the popularity of Pokémon Go, it added that whilst “AR apps today work by ‘pasting’ a cartoon on top of the camera image”, Baidu’s next generation of augmented reality would “use AI to understand the 3D environment, and create virtual objects” that then would appear on users’ devices.

Just under 65% of smartphone users in China are now making regular payments on their devices, according to a report by the China Internet Network Information Centre.

The amount, equalling around 424 million individual users, is the highest it has ever been, and is even up 7 percentage points in the last six months.

The launch of both Apple and Samsung’s payment services in the country, alongside the rise of more affordable smartphone manufacturers like Huawei, has contributed to this rise.

Michael Yeo, senior analyst at research firm IDC, said that “mobile payments have become a part of life in China now”, driven by the fact that most Chinese users first online experience is now on mobile.

In stark contrast, a survey by Citi Cards in the US shows that 59% of smartphones users there are not even interested in mobile payment services, whilst only 21% are comfortable with the technology.

The bot will launch later this year, in an attempt to catch rival takeaway service Domino’s, who already use the technology.

Pizza Hut says that the bot is a step forward towards what it calls “conversational commerce”.

Meanwhile, Paul Chong from IBM Watson Europe, says that chatbots are likely to change the way we converse, adding that “there are questions that people will ask a robot that they wouldn’t ask a human”.

However, even with a growing number of 11,000 chatbots now on Facebook Messenger, IKEA, which was one of the first companies to use the technology, recently announced that it would be abandoning its own chatbot, Ask Anna, after 10 years. 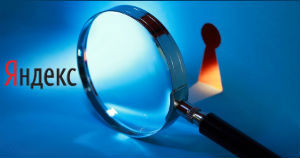