The search engine Yandex has asked Russia’s anti-monopoly regulator to investigate Google over whether its Android operating system is unfairly blocking other search engines on Android phones.

Google is set as the default search engine on all Android phones, and handset manufacturers are unable to preinstall alternative search providers.

With Android being the most popular operating system in Russia, accounting for 86% of all Russian smartphones, Yandex is concerned that Google’s practices are unfair and illegal under Russia’s antitrust laws.

A spokesperson for Yandex has said: “We believe that device manufacturers should have a choice as to which search provider to set as the default or which services to have preinstalled on the device. Google should not prevent manufacturers from preinstalling competitor apps. This is why we are talking about the need to unbundle Google’s Android operating system from Google Search and its other end-user services.”

Yandex is the most popular search engine in Russia, with a 60% market share on desktop. However, this falls to just 44% on Android.

Talabat, which was founded in 2004, is the largest food delivery company in the Middle East, working with 1,300 restaurants and covering Kuwait, Oman, the United Arab Emirates, Saudi Arabia, Qatar, and Bahrain.

Rocket Internet’s acquisition of Talabat is its 10th acquisition of a food delivery company, having also recently bought 9 other such companies in Asia.

The CEO of Rocket Internet commented on the acquisition, saying: “The Middle East is one of the most attractive markets with significant growth potential and highly attractive earnings before interest, tax, depreciation, and amortization margins. The acquisition of Talabat.com is another important step in our long-term global Food and Groceries strategy.” 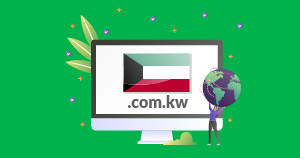 .com.kw is a country-code second-level domain for Kuwait. Using a local domain will support your geo-targeting efforts and help build trust with your Kuwaiti audience. We will register your .com.kw domain, ensuring all details are correct and registration requirements are met and will configure it according to your requirements. The domain registration is valid for one year and we will notify you when it is due for renewal.

A report by the business intelligence company yStats has revealed that as uptake of ecommerce increases across the globe, online fraud has increased too.

This online fraud is affecting uptake of ecommerce for some people, with the research showing that over a third of people globally who do not buy online are put off by the risk of online fraud.

Suspicion of ecommerce is highest in Europe and amongst over-35s, whilst younger online shoppers and people in the USA and China were less afraid of online fraud.

The report found that fraud has also spread to mobile shopping. However, this has prompted the rapid development of mobile online security features including device ID, ID authentication and secure mobile payment methods.

There is a North-South divide in Europe surrounding digital video trends, according to research by E-Marketer.

However, French and German consumers were more willing to pay for video content. E-Marketer put this down to southern Europeans having less disposable income.

And finally, China’s most popular search engine, Baidu, has created a map showing the movement of people over Chinese New Year.

The Year of the Goat started on 19th February and it is traditional for Chinese people to celebrate the New Year by returning to their hometowns and spending time with their families.

This annual migration is the largest human migration in the world, with around 3 billion trips estimated to take place over the 40-day New Year period.

Baidu’s mobile software is tracking location data from Chinese users and using this information to create the map, which shows how people are moving around the country.