Lately, there has been a buzz around new social networks and mailing platforms that promise their users privacy protection and no ads.

One of these social network platforms in particular seems to have stirred quite an interest. There have been articles all over the media about it, as it seems to resolve issues not previously tackled by Facebook and its contemporaries. This new platform called Ello claims to offer users everything they want (privacy, no ads, the use of any preferred name, simplicity, etc) and is creating a buzz and fuelling a lot of speculation and rumour despite still being in beta testing.

Ello claims to receive tens of thousands of invitation requests per hour.

Having a presence on social networking sites is an essential part of any online strategy and if your strategy has a global focus, it’s often difficult to track performance for each market or spot the gaps between your current successes and where you need to be. The best way to ensure your international social media campaigns are achieving your goals is by conducting an audit. This service will give you an insight into the performance of your social media activities, identify gaps, and help you gain a better understanding of how users interact with your brand. Our social media specialists will analyse your company’s existing social media presence in the language and platform of your choice and provide actionable feedback that will help you adjust and improve your strategy to achieve better results.

But why are people so keen to join Ello?

Ello (“simple, beautiful & ad-free”) comes at a time when:

If we were to look at the above, then Ello has covered it all:

Ello definitely ticks the right boxes offering privacy to people worried about data security, no ads, the freedom to choose whatever name they want, etc.

Where are these users coming from?

Among those most keen to join the network are the Germans and the Japanese – though of course we can’t say for sure because demographic information is not passed on. These two nations are credibly believed to be among the most avid early adopters because they have made themselves seen and heard and are behind a large proportion of feature requests. German users, for example, frequently request a “like” functionality but have adopted the bread “emoji” instead – something that has spread to other European users too. And Japanese users have requested a black screen with white font to reduce eye strain. So usage seems to be taking off for Ello.

It could be a coincidence that German and Japanese have made themselves seen, but is it?

Just a quick search in Google’s Keyword Planner for “datenschutz” and “online-datenschutz” shows this nation’s interested in this topic. We got more than 700 relevant combinations with a total of almost 100,000 monthly searches.

And they are not just showing their interest but also taking action. Besides Ello subscriptions, it is worth mentioning that there are a lot Germans who prefer to pay for a mailing service which offers them complete privacy and no advertising. Posteo is one such provider, registering more than 70,000 users in August 2014. Currently the users pay a yearly subscription of at least €12 per year.

Increases in European countries taking Google to court on privacy matters in recent months have also focused everybody’s attention on the issue and perhaps explains some of Ello’s apparent popularity.

In May this year, Mario Costeja González’s lawsuit against Google Spain triggered the so called “right to be forgotten”. According to the outcome of this, Google must remove certain results from their search results on demand but only if they are “inadequate, irrelevant or no longer relevant” and unless there is a “preponderant” public interest. Each individual/organisation who wants a certain search result to be removed must fill in a request form.

Since May, Google has received 146,938 requests, according to their latest Transparency Report.

Here is how these are distributed by country: However, the facts become even more interesting – and help to explain why Germans and people from other nations are rushing to open an account with Ello – when you examine which online sites are most affected, in terms of Google requests to remove links. Google has primarily deindexed search results from the following:

And these stats only relate to cases when information has been removed from the search results, however, the website forget.me (an online site that offers services to Europeans wanting to submit a delisting request) has published their stats recently, which suggest the most  sites with the most requests are Facebook, Google (Google+, Google Groups, Picasa, etc.), YouTube, Twitter and LinkedIn. So Ello’s direct competitors are under pressure and this appears to be driving traffic to Ello and away from the more ‘intrusive’ established sites.

In these circumstances, social platforms like Ello have an opportunity to succeed internationally and take at least some traffic away from the major players.

In the current environment, the possibilities open to such small companies are bigger than ever before and if not Ello then some other tiny operator will arrive to challenge the status quo. It is simply a matter of time.

Senior Account Manager at Webcertain
Cristiana is a Senior Account Manager at Webcertain. She has 4 years’ experience in digital marketing, which she combines with her statistics and data analysis background to successfully manage accounts and define strategies for international clients, tailoring her approach to their particular needs. She has also participated as speaker at international SEO conferences. 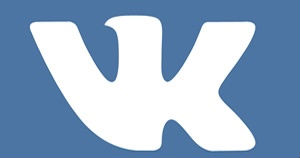 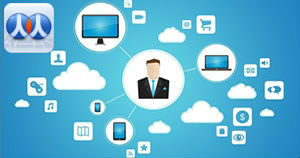 Yandex PPC Update: Average Display And Click Position Now Available In Yandex Direct
Spooky Celebrations: Will Halloween Be Recognised All Around The World?