The answer is simply, yes. Weibo is a micro-blogging site, known as the Chinese version of Twitter, and it is one of the fastest growing social networks in China. In fact, since launching in August 2009, the network has become the most popular social network in the country, and also has a well-established presence in Taiwan, Hong Kong, Singapore and Malaysia.

The vast reach of Weibo makes it an attractive platform for celebrities and businesses to market themselves through. Even politicians have started to use the platform to build their public image in China.

The British Prime Minister David Cameron opened a Weibo account before his trip to China as he wanted to take part in “the Chinese way of doing things” and his account attracted nearly 500,000 followers within 2 weeks. His posts have been forwarded and replied to by Chinese users thousands of times and he became the top influencer during the 2 week period.

Although there are not many posts after Cameron’s visit, the Chinese public are still craving more posts from Cameron. This is definitely is a great Weibo marketing success.

Which companies are doing well on Weibo?

There are lots of international companies that already have succeeded on Weibo, L’Oreal is one of the multinational companies making the most of Weibo marketing. The brand started its Weibo account in October 2009 to assist local contests and after 2 months promotion on Weibo, the account has accumulated a large number of followers and boosted its brand awareness on the Chinese web.

Is it difficult to get started on Weibo?

Weibo is open to both individuals and companies, even when the companies are located in outside of China. However, to have an official company Weibo account, companies must provide business verification documentation to prove the account is legitimate. Similar to applying for a Baidu account, overseas companies need to get in touch with a local Weibo support team and provide the following:

It is important to ask a few questions before opening an account; if the resources are not in place, it is better to keep away from the fastest growing platform rather than make a half-hearted attempt.

China has a high context culture and a lot of information is not presented in a direct way. Therefore, it is vital to have someone who can speak the language and who is familiar with the culture to manage the account. Lack of competence in language or misuse of translation tools can lead to a failures in Weibo marketing.

Similar to all social platforms, communications on Weibo need to be two-way. Instead of using Weibo to simply broadcast news or offers, the account should engage with followers and build relationships.

When the posts are replied to by followers, it is essential that you have the resources to respond to those replies in a reasonable timeframe. It is important to have an existing client base in the Chinese community, either in Mainland China or outside of China, which will drive healthy account growth and engagement with your target audiences. After all, nobody would like to follow accounts with very few followers. In addition, at least 10k followers are required before the account can have influential Weibo campaigns, which generally receive a high volume of shares.

Like any other internet marketing activities, there should be clear objectives as to what you want to achieve with your Weibo account, so that all of the content can be created with the goals in mind.

Free speech is limited to an extent on Weibo, and there are the common restrictions and regulations designed to ensure user safety.

However, there are also some hidden rules to watch out for on Weibo as well. You should never make any remarks related to Politics, Human Rights, Tibet and any other sensitive matters in China. The first reason is because such comments may cause the account to be shut down, but the more serious second is that according to the latest online regulations in China, once a piece of rumour has been forwarded or replied to more than 500 times, the person who spreading the rumour will be punished by law.

China offers a lot of potential for international online marketers and Weibo is undoubtedly a channel worth considering if you want to grow your brand and increase engagement with your target Chinese audience.

Director and Founder at China Marketing Corp
Christina Xu started working on digital marketing for China in 2010 and hasn’t stopped since, working on a variety of international projects for different clients and industries. She joined Webcertain's team in 2013 to pursue her passion for digital marketing, moving on to found her own company in 2017. Christina is an award-winning conference speaker and has over one year’s experience working as a trainer. She speaks Mandarin and English, and has lived in the UK since 2007.

4 Responses to Online marketing in China: Should your business be on Weibo? 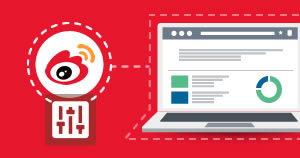 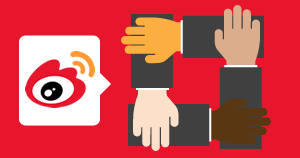 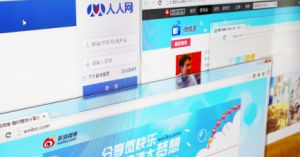 Entity Search – What The Freak Is It Anyway?
Key Considerations For Effective International Content Creation