Three quarters of Google’s mobile ad revenue is coming through Apple devices, according to an analysis by Goldman Sachs.

Mobile ads generated around 12 billion US dollars for Google last year, with around 9 billion being made from ads viewed on an iPhone or iPad.

Apple is said to be in talks with Google, Bing and Yahoo about potentially being Apple’s next default browser, with Apple saying its final decision will be based on the quality of the search engines.

German court rules in favour of AdBlock in anti-trust case

A German court has ruled in favour of AdBlock Plus, a plug-in that stops pop-up ads and banners from displaying on websites.

Two German publishers, ProSiebenSat.1 and RTL, had pressed anti-competitiveness charges against Eyeo, the company that owns AdBlock Plus.

The court cleared Eyeo of any wrongdoing, however, saying that the company was not guilty of anti-competitive practices as it was not a “dominant” force in the industry.

This is not the first time that Eyeo has successfully won in court in Germany. Two other German publishers, Handelsblatt and Die Zeit, have also recently tried and failed to successfully bring charges against the company.

Eyeo has commented on the case, saying: “We’re pleased to say that AdBlock Plus will continue to provide users with a tool that helps them control their internet experience.”

The complainants in the latest case have said that they will consider launching an appeal against the court’s findings.

Twitter eyes China – despite being blocked in the country

One of Twitter’s executives is in China for the CES Asia 2015 technology conference, with ambitions to boost awareness of the social network in China, despite being blocked in the country.

Twitter wants to reach out to Chinese businesses that have customers overseas, to help them to connect with their international audiences.

In particular, it wants to push its advertising options to these businesses, and has opened an office in Hong Kong with Mandarin Chinese speakers to help it to achieve this goal.

Chinese ecommerce, utility app and gaming companies are the categories that have so far shown the most interest in using Twitter to reach an overseas audience, according to Twitter’s advertising team, with emerging markets such as Brazil and Indonesia being the most popular target countries.

India’s ecommerce sector is growing rapidly, accounting for 10% of all ecommerce sales globally so far this year.

The Indian ecommerce market is growing at a rate of 34% a year, and is expected to be worth 22 billion US dollars by the end of 2015.

The growth is due to India’s growing middle class, and the fact that the number of Indians with access to the internet is currently rising rapidly.

It is in response to that rapid growth that Amazon’s Indian arm has opened a call centre for the sole purpose of providing information and support to merchants selling on the site. Until now, sellers on the site have only been able to contact Amazon via email.

The majority of this growth is coming from mobile devices, with mobile video ad revenue expected to increase by 40% in the next 5 years, compared to more modest growth on desktop, which is predicted to be around 13%.

Some countries are experiencing faster growth than others, with German video advertising is expected to grow by around 4% this year alone. 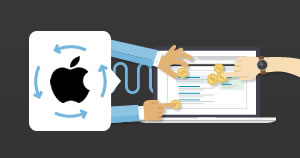 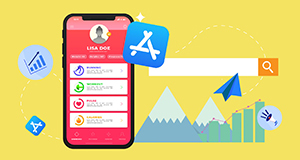