ABC Electronic audit says that the busiest ‘audited’ website in the Arabic language is the Dubai-based news site Al Arabiya.net with 22 million page views in November 06 – the audit period. Al Arabiya.net was launched in March 2003 as a satellite channel giving 24 hour Arabic-language news across 5 continents. Its portal-style website also features an Arabic-language search engine and claims to have over one million page views per day.

Al Arabiya’s largest web audience is in Saudi Arabia (21%) with Egypt (10%) following behind – but the site has large populations of Arabic speakers in the US (8%) with the UK, France, Germany and Canada each representing around 4% of the audience. According to Al Arabiya, the audience is growing.

One Response to Al Arabiya.net is the busiest Arabic website – its official 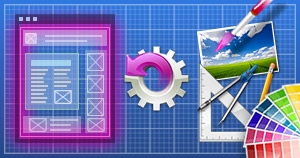