The Chinese ecommerce giant Alibaba is going to launch a demo virtual reality store later this month, with plans to roll out VR capabilities for all users by the end of the year.

In the demo store, users will be able to walk around a VR store and view products. They will be able to rotate products using a VR controller to see them in 3D from all angles.

A robotic shop worker will feature in the demo store, recommending products to users and even modelling clothes.

Users will be able to click on a virtual “buy” button to buy directly from the digital store.

To access the store, users will simply need a VR headset and a VR controller.

A spokesperson from Alibaba commented on the launch of the demo store, saying: “VR is a great way to demonstrate products or services, especially for some categories like furniture and travel products. It also adds more fun to shopping.”

All European countries have agreed to the EU-US Privacy Shield.

The new system will replace the old Safe Harbour data sharing agreement between the United States and the EU, after it was ruled ‘inadequate’ by the European Court of Justice in 2013.

The EU-US Privacy Shield will protect EU citizens’ data from mass surveillance by the US.

It is expected to take effect next week.

Under the agreement, the US government will need to create an ombudsman whose role it will be to deal with European complaints about US spying. The US Office of the Director of National Intelligence will also need to provide a written promise that the US will not subject EU citizens’ online data to mass surveillance.

There will also be restrictions on how much data the US will be able to gather in the first place. Under the new agreement, bulk data sharing will only be allowed in specific circumstances and this data will have to be in its most specific and targeted form.

Companies will also be required to delete data that is no longer needed.

The EU-US Privacy Shield will be subject to yearly reviews to make sure the system is working as it should be.

An EU spokesperson praised the decision of all EU countries to agree to the pact, saying: “The EU-US Privacy Shield will ensure a high level of protection for individuals and legal certainty for business.”

A study by KPR Social Communication Research Lab and Sogang University has found that social media marketing is growing in South Korea.

Facebook was the most commonly used social media site, with 99% of respondents saying that they used Facebook for marketing purposes. Company blogs were also very popular, being used by over three-quarters of respondents.

The research also found that social media budgets are growing, as marketers strive to attain an edge over their competitors.

Half of respondents said that they were increasing their social media budgets this year, compared to just 16% who said they were decreasing them.

And finally, the Euro 2016 football competition seems to have triggered interest in sports apps, according to research by Flurry.

The study looked at usage of sports gaming apps, sports news apps and sports magazine apps in the UK, France and Germany during the Euro 2016 competition compared to the same time period in 2015.

It found that the number of app sessions had increased by an average of 65%.

The overall amount of time spent on sports apps also went up, by an average of 33%.

The increase was strongest in France, where the Euro 2016 competition was held. Just looking at the French data, the number of app sessions rose by 296% and the overall time spent on sports apps rose by 140%.

The results show that real-world events, such as sports competitions, have a big impact on the consumption of digital assets, such as apps. 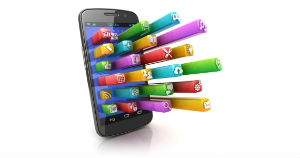 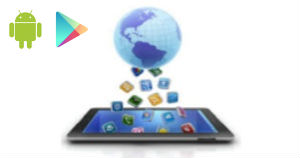 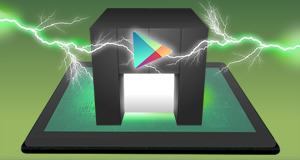