Alibaba’s UC Browser, is now the second most popular mobile browser in the world, according to data by StatCounter.

It is ahead of Safari and Android Browser, both of which it has overtaken in the last year.

UC Browser is owned by the Chinese tech giant and is most popular in China, India, Indonesia and Pakistan, with it being the dominant mobile browser in all four countries.

Its rising popularity is attributable to its superior data compression abilities. Alibaba claims the browser can compress data by up to 60%, leading to faster loading times. Slow loading speeds are a particular problem in developing countries, where internet speeds are frequently slow.

A recent report from Nielsen found that 47% of people expect a website to load within 2 seconds, and 40% will leave a website if it does not load fully within 3 seconds.

Chinese WeChat Pay users will now be able to pay in Hong Kong dollars, Japanese yen, Korean won, US dollars, Canadian dollars, British pounds, Australian dollars and New Zealand dollars. The amounts will be converted into Chinese yuan and then deducted from the user’s account.

It is not clear how many international businesses are currently supporting WeChat Pay in their stores.

With Chinese tourists being famous for their holiday spending, however, savvy shop owners will be turning to the payment method as an extra way to encourage them to shop in their stores. Chinese tourists are expected to spend around 230 billion US dollars abroad while on holiday this year.

WeChat is one of the most popular social apps in China, with around 650 million monthly active users.

The social messaging app Line has announced that it is adding more news outlets to its Japanese news service in an attempt to solidify its position as the dominant news app in the country.

Line News is a service that exists within the Line app, allowing users to access the latest news stories on the go.

It has added 24 new news outlets to its service, including big names such as Asahi, Mainichi, BBC News and AFP.

Line will receive half of all advertising revenue generated from the outlets on the app.

Its main competitors in the Japanese news app market are Gunosy and SmartNews, which have 3 million and 4 million monthly active users in the country respectively.

The impact of mobile commerce in Europe

Worldwide Business Research has published a study on the impact of mobile commerce (or m-commerce) in Europe.

M-commerce is growing rapidly in popularity in the region, and businesses are furiously working to ensure they can provide a good mobile experience.

One quarter of brands questioned said that m-commerce was their number one online priority over the next 2 years, with 54% saying it would be their number two priority.

Re-platforming mobile websites was the most commonly cited activity amongst businesses working on mobile, followed by digitising the in-store experience, determining new mobile strategy KPIs, and customer segmentation and personalisation.

Improving conversion rates was the most commonly given top metric for brands.

Mobile is key medium for US Hispanics

And finally, mobile is a key medium used by US Hispanics, according to research by Emarketer.

79% of US Hispanics are expected to have a mobile phone by the end of 2015, with 72% of Hispanic mobile owners having a smartphone.

The research revealed that Hispanics find their mobile phones to be a more important part of their lives compared to non-Hispanics.

44% of Hispanics said they thought their mobile connected them to their social world, compared to 39% of non-Hispanics.

36% of Hispanics also agreed with the statement that their friendships would not be as close as they were without their mobile phone, compared to 30% of non-Hispanics. 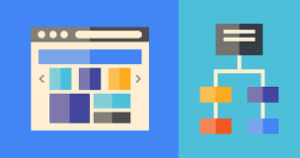