Amazon has significantly reduced the commission it takes from sellers in India, in order to undercut rivals Flipkart and Snapdeal.

The move comes very soon after Flipkart came under fire, after it increased its commission in order to cut losses.

The reduction in commission has hit Amazon’s electronics sales the hardest, after it reduced the amount by 30%, down to just 3% of the amount of the device.

This is particularly useful for Amazon, as one third of all items sold on Amazon, Flipkart and Snapdeal are electronic devices.

Amazon said in a statement that “these revised rates can significantly help sellers to perform even better and succeed in their business”.

Amazon has had to reduce commission as opposed to the actual cost, as Indian law makes it difficult for ecommerce retailers to offer discounts, which subsequently makes it harder to lower prices.

A study has revealed that the fastest growing mobile apps owe a large amount of their growth to television advertising.

The results of the study by What’s App’ning, show that there is a 77% correlation between TV advertising and 60 of the most popular mobile apps.

The popular gaming app Clash of Clans, which averages a TV advertising spend of around 4 and a half million US dollars every month, lost 17% of unique visitors when adverts went off air, from nearly 12 million to just over 10 million.

However, the Clash of Clans expected revenue far exceed the advertising budget, with around 36 million dollars’ worth of monthly sales; with other apps seeing similar patterns.

Chinese video site iQIYI has announced that it has hit over 20 million paying users, only six months after passing the 10 million mark.

Founder of iQIYI, Yu Gong, said that the achievement reflected the growing market which had “taken off”.

Believed it to be the cause of a growing willingness in China to pay for online streaming content, the company has seen huge success with programs like The Lost Tomb and Descendants of the Sun being viewed over 18 billion times in the last 12 months.

The company’s majority is owned by Baidu, and has suppliers in Hollywood such as Paramount Pictures and 20th Century Fox, and has just announced a separate app that will target children called iQIYI Cartoon Home.

The high level of use of BBM in Africa could be unlocking new business opportunities.

With around 10 million visits to the BBM shop every month on the continent, Matthew Talbot, the Senior Vice President of BBM said that Africa was becoming a key market for BBM and brought with it global monetisation opportunities.

Talbot also said that BBM had been pushing the limits of what a messaging app could be, in the African market.

Looking to continue its growth in Africa, where it already has a strong user base in Nigeria and South Africa, the app is downloaded half a million times per month onto Android, iOS and Blackberry 10.

He also wanted to highlight how much BBM has changed over the past few years from a text only service, to now become a great opportunity for app developers on the continent.

British Grandmother Charms The Internet With Her Manners

A Grandmother from the UK has charmed the internet with her good manners!

The 86-year old won legions of fans around the world when her grandson and twitter user Ben John, opened his grandmother’s laptop last week, and saw that she had been typing please and thank you into her Google search terms.

Upon seeing this he posted an image on Twitter which went viral, with over 26 thousand likes.

Her manners did not go unreturned however, as one of the thousands of responses came from Google UK’s account thanking her for her manners, whilst also providing her with an answer for her question.

Upon being asked why she used her pleases and thankyous within Google’s search bar, she said that “she thought that by being polite and using her manners, the search would be quicker.” 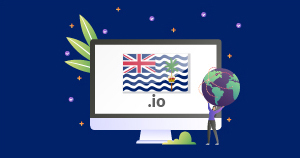