Amazon has launched an online platform called Amazon Launchpad to help UK start-ups promote their products on the site.

Amazon Launchpad will showcase selected products on a special area of the UK Amazon website and provide marketing support to start-ups.

In return it will receive a cut of the profits made from sales of these products.

The ecommerce giant is teaming up with venture capital and crowdfunding companies to help decide which start-ups and products should be included on the platform.

A spokesperson from Mous Musicase, one of the first British start-ups to be included on Amazon Launchpad, commented on the platform and the impact it will have on up-and-coming businesses, saying: “It will revolutionise how you can scale a product start-up by providing global reach for free. There are so many amazing products from start-ups out there – it’s great that they’ll now be getting a leg up to compete with even the very biggest players.”

Yandex has asked the EU to investigate Google for abusing its market position with its Android operating system.

Yandex had previously complained to the Russian anti-monopoly regulator, who last month found Google guilty of “abusing its dominant market position” in the Russian mobile market and ordered the company to unbundle its search app from its Android operating system.

Google is set as the default search engine on all Android phones, and handset manufacturers are unable to preinstall alternative search providers.

If the EU agrees to investigate Google, it will be the latest development in the long-running Google EU saga, as the search giant is currently being investigated by the European Commission under anti-trust charges.

MasterCard has announced that it has seen “double-digit” growth in the number of transactions it handles in China compared to just last year.

It puts the rapid growth in transactions handled down to China’s booming online shopping market, with a MasterCard spokesperson saying: “The development of ecommerce is our best friend”.

It may be looking at even further growth in the near future if the Chinese government lifts restrictions on foreign companies operating in China, a move that is reportedly in the pipeline and has been described as a potential “game-changer” by MasterCard.

It found that the proportion of Germans going online using a smartphone was now 60%, up from 53% just one year ago.

Mobile internet usage was not universal, however, and there were significant variations in usage when looking at variables such as gender, age, income and household size.

When looking at the kind of things that Germans were doing online, the research found that using search engines was the most popular online activity.

And finally, data from the Nepal Telecommunications Authority has revealed the internet landscape in the country.

The data reveals that in mid-July there were 11.68 million internet users in Nepal, equivalent to 44.11% of the population.

That’s up from 43.67% who were connected to the internet just a month before, showing that internet penetration is rising at a steady pace in the country.

Nepal Telecom and Ncell are the two main internet providers in the country, with Nepal Telecom being ahead of Ncell with 6.6 million and 4.8 million users respectively.

One Response to Amazon Launchpad Platform To Help UK Start-Ups 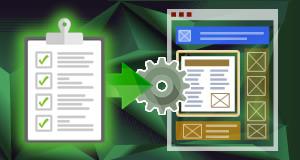