Harvard University has conducted research into a leaked document from 2014, suggesting that the Chinese government pays supporters to help it write ‘fake’ comments on social media.

The report found that the army of commenters, whose names appeared in the document, write around 488 million posts a year, aimed at swaying public opinion concerning the country’s politics and history.

Gary King, who led the study, said that the comments left on Chinese social media, were not aggressive, but were designed to let an argument die, or change the subject, as this “usually works much better than picking a [fight].”

Reportedly paid 50 cents per post, the contributors are asked to make sure they comment during peak social media hours, or while a political debate is being discussed.

Alongside China’s deletion of content that is deemed too sensitive, this procedure allows the government to control opinion without censoring any more content.

British luxury brand, Burberry, is looking to put more emphasis on its online sales, by relaunching its website in the coming year.

The brand’s CEO, Christopher Bailey, explained that the company wished to grow the company’s website through e-commerce initiatives that would see the introduction of an app, and the integration of online and offline customer experiences.

Burberry will also look to localise more in Asia following the launch of a new Chinese website, and in Hong Kong where it currently has a falling demand even though it has placed focus there over the last few years.

The brand said however that it had “[digitally] outperformed during the year, delivering growth in all regions,” caused by the increased use of its 75 online stores.

Following a report into 700 million US dollars that suddenly appeared in the Malaysian Prime Ministers personal bank account, the Malaysian government is now pushing for a wider censorship bill.

The detailed report, which included other corruption stories, originally appeared on the website Medium, which was then completely blocked in the country.

Now, the Malaysian government is attempting to pass a law that will remove the “liability protections” that online providers currently have, meaning that websites would have to police content themselves, or risk facing legal action.

However, public groups in the country have begun protesting against the proposed law with a coalition group saying that the law would “[entrench] censorship in an environment already heavily regulated for the media and publishing.”

The BeCommerce awards have been held in Belgium, with Vente-Exclusive picking up the prize for best online store.

35,000 people voted for their favourite online stores, but the jury chosen ‘Overall Award’ was presented to Vente-Exclusive, for the second time.

The online retailer was bought by French competitor Vente-Privee last year and said that the victory was due to its popularity amongst the public and its success in the previous year.

Over the last few months 135 online stores in Belgium applied for nominations, of which 21 winners were announced in different categories.

After Facebook bought virtual reality company Oculus, is now being developed in the UK by ex-Google software engineer Mike LeBeau and eleven other team members.

When asked by the Telegraph newspaper, Oculus said that it would have “more to share” at a later date, but revealed that its plans were international.

Google and Sony are also currently working on virtual reality headsets, which are expected to first be marketed at video games, but Mark Zuckerberg said recently that virtual reality “is going to be a mostly social platform” and that Facebook was going to build the next generation social apps. 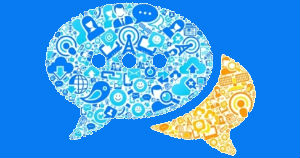