The Russian government has introduced a controversial new law that requires all companies that handle Russian citizen’s personal data to physically store this data within Russian borders.

The move means that both Russian and international companies must store any relevant data in data centres in Russia.

The move has been met with opposition from commentators who say the law makes government surveillance of its citizens much easier, thereby curbing internet freedom.

Andrei Soldatov, a Russian internet historian, has spoken out against the law, saying: “It has nothing to do with personal data protection. [The Russian government] want foreign companies to put their servers on Russian territory because they need access.”

The social media giant Facebook has spoken out against the change as well, saying that it would be logistically very difficult to separate out Russian data, as it would require a complete re-shuffle of how it organises and stores its data across servers.

The Indian Competition Commission (ICC) has accused Google of unfairly promoting its own services in its search results at the expense of competitors.

The accusations come at the end of a 3 year investigation by the ICC.

Google has until the 10th September to respond, and it is expected that the search engine will dismiss the allegations of wrongdoing.

Google is currently facing similar accusations from the European Commission.

In Europe, Google stands accused of deploying tactics to boost the ranking of its own Google Shopping price comparison services, whilst pushing rival services offered by competitors further down the search results by demoting the value of their links or simply refusing to list them altogether.

Earlier this week , the search engine responded by saying it rejected the EU’s accusations, calling them “wrong as a matter of fact, law and economics”.

The Belgian e-commerce market is growing steadily, according to research by BeCommerce.

The study predicts that around 5,000 new online stores will open in the country every year.

It says that the majority of these stores, around 70%, are expected to be from retailers who already have a physical store and are expanding online to boost their sales further.

Belgians have spent around 2 billion Euros on e-commerce sites in the first quarter of this year alone, across 20 million purchases.

Google has partnered up with the Russian mobile operator MTS in an attempt to increase the search engine’s share in the country.

Google currently has just a 27% share of Russia’s search engine market, far behind the leader, Yandex, which has a market share of 62%.

As part of its partnership with MTS, the Google app will be pre-installed on smartphones sold by the mobile operator.

An MTS spokesperson also said that: “MTS will share with Google the cost of mobile Internet promotion and get money from Google’s search services under a revenue-sharing scheme”.

Yandex to Github: “Stop letting our music get stolen!”

And finally, Yandex has ordered Github to remove a piece of software that was allowing users to illegally download music mp3 files from its Yandex Music service.

Yandex Music has the rights from various music companies, including Sony, Universal, Warner and EMI, to stream around 200 million songs.

The service only allows streaming, however, and not downloads, meaning that the program

“Yandex.Music downloader”, which was hosted on Github, was violating its terms.

Github has now removed the software, with users trying to access it now being faced with a notice saying that it is “unavailable due to DMCA takedown”.

Yandex Music is the most popular music streaming service in Russia. 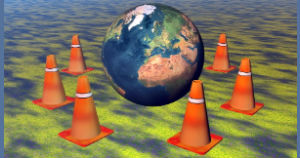