It appears that Facebook has chosen Thailand and Vietnam as the next two markets to receive its Instant Articles feature.

Instant Articles allows users to publish articles directly on Facebook, rather than simply posting links to articles on their own websites.

Its advantage lies in its superior load times, with Facebook Instant Articles loading around 10 times faster than links to external articles.

This is something that is particularly important in developing countries where internet speeds can be slow.

Instant Articles is currently only available to users in the US and India. Speculation began over its imminent launch in Thailand and Vietnam following job adverts from Facebook seeking Thai and Vietnamese speakers to work with “new publishers to begin developing Instant Articles”.

Facebook is the most popular social network in the world, with around 1.5 billion users from all over the globe.

The Pakistani government has relaxed laws governing ecommerce in the county, and has invited international online payment giants PayPal and Alibaba to enter its emerging ecommerce market.

Neither PayPal nor Alibaba’s Alipay currently operate in Pakistan, where cash-on-delivery is the only ecommerce payment option with any significant usership.

A spokesperson from the Pakistani government confirmed it had approached both companies with invitations to enter the country, “to enable e-commerce services in Pakistan.”

The rapid growth is being put down to several factors, including rising internet penetration, the falling price of smartphones in the country and improved infrastructure.

The Chinese video app Miaopai, which has been dubbed the Chinese version of Vine, has received 200 million US dollars’ worth of funding.

The investment takes Miaopai’s total value to over 1 billion US dollars.

It is thought the investment will help fund a project between Miaopai and Weibo to create a Periscope-like live streaming functionality.

Miaopai’s biggest competitor in the Chinese video app space is Tencent-owned Weishi. Vine is blocked in the country.

Comscore has published its predictions for online spending this holiday season in the US.

It predicts that Americans will spend 70 billion US dollars online between now and New Year, up 14% on the amount spent online during the same period last year.

Sales on desktops are expected to slow down, whereas sales on smartphones and tablets are booming.

The huge popularity of discount sales days such as Black Friday and Cyber Monday is expected to bring in many billions of dollars on those two days alone.

And finally, a supposed “bug” has seen Google pushing its competitors’ links far down the search results – even when search queries specifically mentioned a competitor’s name.

The issue was spotted by TripAdvisor and Yelp, who both complained that when users’ searched for search terms including their company names, Google’s own review results would be displayed on top, with their own results appearing much further down the search results.

Google has said it is aware of the issue, which it claims is a “bug” caused by a recent algorithm update, and has said it is working to fix the “bug” as soon as possible.

Some commentators have expressed their scepticism about Google’s “bug” claims, however, saying it looks suspiciously like Google is deliberately trying to bury its competitors’ search results.

It comes as Google is under investigation in the EU over just that – the European Commission is investigating whether the search giant abused its dominance by prioritising its own shopping results over those of competitors. 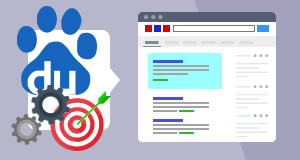 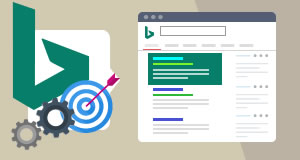