The online maps company Streetmap has lost a court case against Google.

Streetmap had accused Google of abusing its dominance in the search market by putting its own Google Maps results at the top of the search results, resulting in a “dramatic loss of traffic” for its competitor Streetmap.

UK-based Streetmap had tried to argue that Google was guilty of “anti-competitive conduct”.

The UK’s High Court has ruled that Google is not guilty because Google Maps was “not reasonably likely appreciably to affect competition”.

Google has welcomed the ruling, describing it as a victory for innovative businesses.

Streetmap has said it will appeal the decision.

Across the Channel, a court in France has ruled that Facebook can be sued under French law.

The case related to a man who had his account suspended after posting a photo of a 19th century French painting depicting a naked woman. The man sued Facebook, demanding that the social network re-activate his account and pay him 20,000 Euros.

Facebook had tried to argue that users can only sue the social network in California, where the company’s headquarters are based.

The French court ruled that this stance went against French law as it made it extremely difficult for French people to sue the company.

The ruling could set a precedent that could open the floodgates to users across the globe who want to sue Facebook.

The Chinese internet giant Baidu has received an offer to buy its online video platform iQiyi.

Baidu owns 80.5% of iQiyi, and has allegedly been offered 2.8 billion US dollars to sell its share of the video business.

It’s unclear whether Baidu will accept the offer, but its latest financial report revealed that iQiyi was responsible for content costs rising by 125% and bandwidth expenditure rising by 81% compared to last year, making selling up a financially appealing option for Baidu.

The Chinese video market is extremely lucrative, with Youku Tudou, iQiyi and Tmall Box Office being the top 3 market leaders in the country. YouTube is banned in China, and Netflix has so far held back from entering the Chinese market.

The Middle Eastern ecommerce platform Wadi has received 67 million US dollars’ worth of investment.

Wadi is an ecommerce site targeting Saudi Arabia and the United Arab Emirates, and lists more than 150,000 products.

Most of the investment comes from Al Tayyar Travel Group.

Wadi has said it will use the money to expand into other Middle Eastern and North African markets, as well as improve customer service and operations.

Al Tayyar Travel Group has said it will help Wadi with logistics, cargo and fulfilment support.

And finally, the Japanese ecommerce company Rakuten has announced that it will be closing down its Indonesian, Malaysian and Singaporean ecommerce sites by March.

It will also be selling off the Thai ecommerce site Tarad.

It is rumoured that it will be replacing these sites with a consumer-to-consumer ecommerce app called Rakuma.

South East Asia has a rapidly rising mobile internet population, facilitated by the rise of affordable smartphones in the region.

It is this affinity to mobile internet use that seems to be driving Rakuten to abandon its websites and use an app-only approach instead in the region. 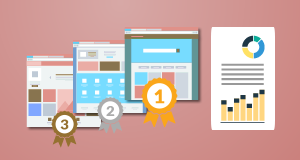