Yesterday’s standing room only international SEO session at SMX Munich featured Johannes Müller of Google Zurich and one of Google’s most popular spokespeople, known in the forums as “johnmu.” In English, he typically goes under the name “John” so I’ll continue for this piece with that anglicised version of his name.

John is a specialist on Google’s webmaster tools and has a lot to say on geo-targeting for international websites. He’s due to speak on Thursday this week at the International Search Summit Munich which takes place in the Hilton Munich Park Hotel immediately after the main show. John will also be speaking there on the management of multilingual websites — no doubt another packed session, though this time in English.

The Trouble With Geo-Targeting

The trouble with geo-targeting is that, whilst it’s relatively simple in practice, it does appear confusing at first sight. John understands this too and begins his presentation with a very simple structure to represent the building blocks of international and multilingual website management. He initially subdivides the subject into international, multilingual websites and those using hreflang though this structure soon falls apart as the audience throw in question upon question.

The first key point is that local websites in a region — such as German-speaking Switzerland — are presented higher in the rankings by Google where that helps to deliver greater relevance to the user. John says “Internationalisation is not difficult — but you do have to focus”.

Google tries algorithmically to decide based on geographic factors which will be the most relevant result. He gives the example of a search for “Bahn”. Meaning “railway”, you would expect information on Swiss railways if you searched for “Bahn” in Switzerland and on German rail if you searched in “Germany”. Google looks at things such as the IP address of the searcher and which of Google’s domains the search is carried out on to help in presenting the right results. So Google.de will tend to provide results which are “Germany” related unless there are other factors about the search that necessitate the information being pulled from outside the country.

John says that you shouldn’t worry about duplicate content as that is not penalised and Google has a very rational policy to dealing with it. He explains that Google understands that on mysite.fr you may have the same textual content that you have on my site.ca/fr and works to present the right result. He adds to a questioner in the room who doesn’t seem to be setting the right result that it is important to look at how well Google is able to crawl the site.

He goes on to stress the importance of having a unique URL per set of contents, whether thats targeted by country or language and stresses the importance of keeping a “clean” separation between countries. As he’s speaking German, he uses the word “sauber” for clean, a word which is uttered at least 20 times during the session with an implication that most of the problems international sites currently have are caused by their owners messing things up. International and global SEOs, you need to clean up your act!

We have presented the different factors which Google uses to determine the geography which should be associated with particular websites for many years. But Google recently introduced the Hreflang tag, which Susan Moskwa presented to the International Search Summit in San Jose.

The situation then became a little muddled in a main session at SMX San Jose when the importance of canonical tags and hreflang tags was discussed.

The whole situation has left many global SEOs at least puzzled. I have been receiving messages from large website owners saying that they can’t see how it works, how they should deploy and, worse, that when they deploy the recommendations, it has no effect whatsoever. Yet we mustn’t forget that Google is introducing this for a reason, even if the reason is somewhat opaque.

John moves the subject along by providing a list I’ve never seen before from any of the Google speakers on the subject and which helps to set the recent changes in a more understandable context.

He lists the factors which Google uses to determine the correct geo-targeting of sites and pages as:-

This is a very useful list because it does a number of significant things. Firstly, it re-affirms the fact that ccTLDs continue to have the greatest level of important appearing at the top of the list and meaning that these continue to take precedence over the newer Hreflang tag option.

Webmaster tools is also shown in second place to ccTLDs — exactly where it should be in my opinion, but many newbies to international SEO continue to think of that as the first and most ideal option for Google. However, Hreflang tags have taken a slot above “Other signals”, which is now where “language” must reside.

The usual question crops up of whether you can use subdomains or folders and John takes the opportunity to reiterate that it doesn’t really make much difference between the tool, “As long as you’re maintaining a “sauber” separation between countries and languages.

He is then asked if the regional location of a server within a country has any bearing on geo-targeting or location placement and confirms that this has no bearing whatsoever.

Then a slide appears what says that “Language is not geo-targeting”, giving the example of French being a language which people could possibly wish to view in many parts of the world, not just in France.

I disagree with John on this one — and the example is misleading. It is possible to geo-target the speakers of single country languages such as Polish or Korean and for many this would be the least cost route to reach their audience, as well as potentially capturing emigrants from that country in other locations. Of course for the world languages such as French, English, Spanish, Portuguese, Russian, Arabic and so on, then the point is true.

He continues by explaining that It is not possible to target regionally, for example there is no setting or method for targeting “Asia”.

Who’s At Fault For Landing On The Wrong Pages?

On Thursday, I will say to John that he did make me chuckle with his next point. Instead of automatically re-directing users who are “Landing on the wrong pages”, he suggests using a banner which says “Did you mean to visit Switzerland?” The reason it made me chuckle is because, by implication, it means that the users of Google or the publishers of sites in Google, are actually the ones who’re at fault for causing landings on incorrect pages. Google’s algorithm is not at fault! Nice one!

It is important to have just one language per page — and particular attention has to paid to templates that are not translated whilst the content is as this is a situation which presents Google with particularly tough challenges. Pages with small samples of keywords in another language can cause problems — such as a German site promoting Spanish properties — because Google tries to establish the main language on a page.

He didn’t explain, but the background to this is that the first thing Google has to do when it indexes a page of content is to decide what is the principal language of the page as the remaining indexing processes are highly language dependent. Getting the language wrong at the first pass will mean that things do not go well down the line.

Language meta tags and language code references or variables, Google ignores. They are not a good signal because so much content is copy pasted without these settings being adjusted.

Automatic translation causes significant problems for search engine-related content. I also had to smile when John included “Google Translate” in his description as one of the culprits — with the intention I guess of giving a balanced and fair message.

Text in pictures and flash is difficult to recognise, which is something SEOs have known about for years, but localised websites in multiple languages often forget the images and banners with the result that content appears incorrectly on the page. Google still does not do much with this kind of content — which means that for certain difficulties it provides an opportunity to present content which it would be inappropriate for Google to index. An example would be a message that said “Are you looking for Switzerland or Germany?”

Cross linking to different language versions is desirable, as this helps Google’s algorithms to see the complete network as such and give it its proper values. John also warned that Google doesn’t accept “accept-language” requests.

Unicode or UTF8 avoids characters which are specific to a particular language looking like gobbledygook and difficult for Google to recognise — noting that Google has algorithms to recongise differences such as “ü” or “ue”. For non-German speakers, the “ü” can be correctly replaced with the “ue” — some years ago Google did not recognise these two versions as identical producing different sets of results.

John stressed the point that the Hreflang tag is a page level signal — not site level. It also has nothing to do with ranking but means that the pages are “swapped” in the results to show the right content at the right time to the right user.

John Müller will be speaking at the InternationalSearchSummit.com on Thursday of this week. 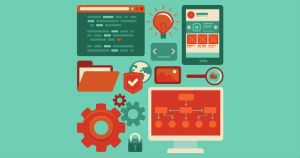 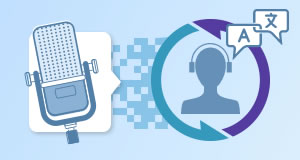 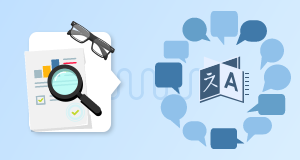 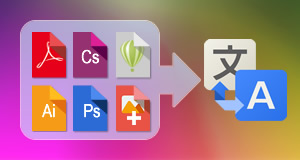 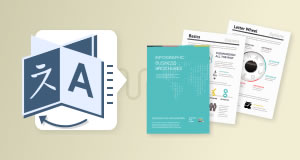