Google has revised the advice it is giving to owners of international websites with regard to using canonicals and hreflang tags. Just a month ago, the International Search Summit in San Jose was advised by the Google team on an approach to tagging global websites which comprised of combining canonical tags alongside hreflang tags in certain specific situations. That is no longer the key recommendation.

John Mueller, better known as johnmu in the forums, explained to International Search Summit delegates that, “We have seen that people are not correctly implementing the canonicals and hreflang tags together.” He went on to explain that canonicals and hreflang tags do still work together, but that consequences of setting this up incorrectly can be greater than doing nothing.

“In these circumstances, we would rather people used the hreflang tags correctly,” he said.

“25% of geo-targeting settings are incorrect!”

He also revealed that Google reckons that around 25% of Webmaster Central geo-targeting settings are incorrect, based on the locations from which websites are actually receiving visitors. It seems logical that what will follow is an additional form of advice or email which will suggest to users that they may be wise to check their geo-targeting settings – but that is not currently in place.

Users of Webmaster Central should seek advice to check that their settings are correct as this could be having a huge impact on the success of those sites. Of course, this also leaves Google in an awkward position since it can hardly go in and change those settings as that would completely destroy the value of giving people access to webmaster tools in the first place.

So the current advise on canonicals and hreflang tag attributes is as follows:

This is a lot clearer and will help those of us specialising in this area to give good implementable advice to our clients.

What problem does hreflang address?

During questioning, I asked John what was the problem that Google was trying to fix with the Hreflang tag attribute. His initial answer was relating to giving clear signals to Google and enabling them to see the connections between sites in a network, but on further discussion we agreed that this would most likely manifest itself to webmasters as a duplication problem where pages in Austria might become folded into pages targeted at Germany. This might mean the Austrians see pages from Germany even when there were perfectly adequate Austrian pages available.

Using the Hreflang tag would mean that even though the page title and snippet from the Germany page might be displayed, the visitor would be sent to the Austrian page and would see an Austrian URL.

Users should take care not to include currency symbols and address details in meta tags where this situation might arise.

A better implementation is in the works

Another way of understanding the Hreflang tag is that it performs a function similar to that which the geo-selector should perform if correctly set up, but then a great many are not correctly done use javascript, redirects and other functionality that really confuses the picture for search engines.

The good news is that Google is looking for a better solution in view of the difficulties this can cause for multi-language sites. This will most probably manifest itself as a form of sitemap or addition to the site map where the hreflang attributes are signalled – although by then it will probably will not be a tag any more but rather a URL with country and language codes.

This is probably some weeks away!

Webmasters should also note that problems with the hreflang tag can be caused if the crawl does not correctly separate out the pages enabling the hreflang tag to receive its weighting in the algorithm. 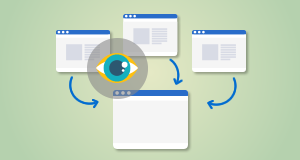 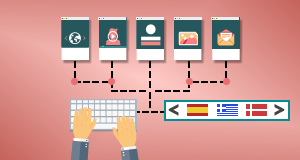 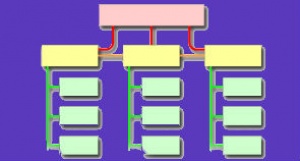 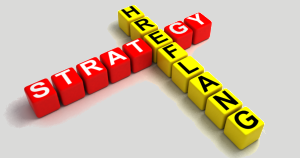