Everyone in the online world depends on having good data in some way or other. Until ComScore rolled out qSearch in 150 countries, there was very little comparable data available to compare activities in different countries. Frequently, people would ask me what I thought of Hitwise and mostly I had to reply that I had very little to do with it (difficult if most of your work is not in English to consider an English-only tool). Now Experian is changing that by launching Hitwise in France. So that means we will know what’s going on in France right – or “Now You Know” to coin a well known phrase.

Well it’s not really quite like that. Note that in the introduction above I’m talking about ‘compare’ as opposed to measure. What the Hitwise move will do is to give us a different basis for comparing activity in France. It does not mean that we have either not been able to measure things before OR that there is no data available on French websites as the Xiti tool from AT Internet has been around for a long time. Whilst AT Internet does have operations outside France – France is its home base.

There is also the famous Baromètre which measures the shares of French, German, Spanish and UK search engines. Currently, this is showing Google advancing against all-comers – though when you are Google and you have 94.2% in Germany, 92.8% in Spain, 89.2% in France and 90.8% in the UK – are you really worried about Bing which performs best in France with 3.6%. Time will only tell.

One Response to Hitwise Ventures Outside English With France Launch. Oh la la! 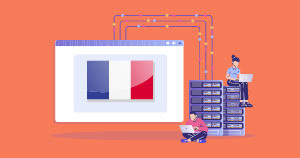 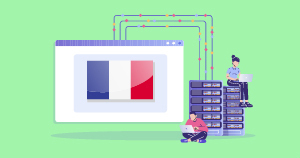