A report by Forter has revealed which countries have the highest levels of e-commerce payment fraud.

Indonesia came top of the list, where over a third of e-commerce transactions were fraudulent. Fraudulent transactions also made up one in three of all online transactions in Venezuela, one in four in South Africa, and one in ten Brazil and Romania.

Meanwhile, Denmark, Norway, Finland, Switzerland and New Zealand were the countries with the lowest levels of e-commerce fraud.

On a continental level, Europe had a below-average e-commerce fraud rate, Asia had an average rate, while South America and Africa were above-average. South America’s fraud rate was three times higher than the global average, whereas Africa’s was ten times higher.

The report also revealed that the majority of fraud committed on a mobile device took place on an Android phone, rather than an Apple iPhone. This is thought to be because Android’s open-source system is easier for fraudsters to manipulate.

Chinese more likely than Australians to do travel research on mobile

The Chinese are the most likely to conduct travel research on a smartphone, according to research by PhoCusWright and Criteo.

The study looked at people from China and Australia who had traveled for leisure in the last 12 months, and asked them which devices they would used to do their travel research online.

They found that just over half of Chinese respondents had conducted research on a smartphone, compared to just 15% of Australians.

Chinese respondents were also twice as likely to have used a tablet to conduct travel research, compared to their Australian counterparts.

When looking worldwide, China was also ahead of France, Germany, Russia and the UK when it came to conducting travel research on a smartphone.

Yandex has revealed a range of new privacy features for its alternative browser.

The browser, which is the default browser outside of Russia and is available as an alternative browser within Russia, no longer gathers browsing data, user data or statistics.

It also has a “Stealth Mode” extension which users can switch on if they want to block social network plug-ins or analytics cookies.

Yandex hopes that its focus on privacy will make it an attractive browser in many international markets. Its main rival Google is currently facing charges from the EU over alleged privacy breaches.

Almost half of Chinese mobiles have internet

Almost half of China’s 1.3 billion mobile users now have a mobile internet subscription.

49.9% of Chinese mobile users now have mobile internet, and this is expected to creep over the 50% mark in the near future.

61 million new people have subscribed for mobile internet so far this year, but this rate of growth appears to be slowing.

This could be due to the price of mobile internet subscriptions being too high for many users, with those who can afford it having already bought it.

The Chinese Premier has stepped into the foray, demanding that mobile companies reduce their prices so that mobile internet is more affordable.

The Tone extension transmits a URL using a string of beeps via a computer’s speakers. This sound can then be picked up by any other computer within earshot which is also running the Tone extension.

A pop-up then appears on the screen, which a user can click if they want to open the link.

Google has said that Tone, which it admits was just created for fun one day, aims to provide an easy and fun alternative to copying and pasting links into chat boxes to people sitting nearby.

Google is not the only company to have created a way of sharing links using sound, Chirp is a smartphone app that works in a similar way, and Shazam has also announced it has plans to create such a function. 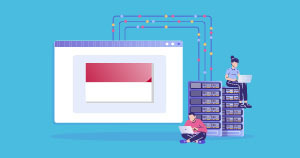 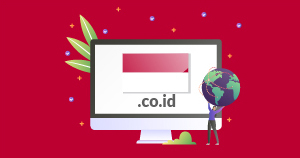