Interesting news to take note of out of Chile: Looks like the penetration of internet usage in the country is somewhat stuck at 36%, only one point up from data collected in 2003. But it’s nothing to get sunken up about; Chile is in fact leading the Latin American pack and runs in step with Italy and Spain. But there’s more. According to WIP, World Internet Project, even the most advanced countries are reaching saturation limits at 77%.

But perhaps the most interesting findings lie in the WHY people connect in the first place, varying from country to country, or region to region. Such a strong behavioral differentiation is a crucial statistic to underline and make use of. “Internet usage in Chile and the world: First results of the World Internet Project-Chile”, a 17 page study, segments internet usage into a number of categories, ie. income, location, sex, expertise, external environmental factors, awareness, skills, and much more, drawing more than a few thought provoking conclusions.

“Internet use is influencing more and more aspects of people’s lives. Yet we do not know very well to what extent. First, because common speech often confuses vague or even contradictory terms such as ‘information society’…‘globalization’ and ‘new digital media’. The second cause is that Internet use is not a phenomenon that expands automatically and homogenously like a chemical reaction.”

No doubt about it, there’s nothing homogenous about it; which is why online marketers are looking at the global market through a segmented lens. For example, the study shows the difference between patterns of internet use in a developed country such as the U.S. and Chile, who is clearly behind in terms of digital development. The U.S. user will spend more time using the internet for practical reasons (online banking, travel reservations, purchases, etc.) whereas their Chilean counterparts are more inclined to rely on the internet for less pragmatic and more socially driven reasons.

Much like the comparison between Chile and the U.S., the study also concludes that internet use in Mediterranean counties is driven more by social factors than anything else, where as the online community in Nordic countries relies on the internet more for functional, pragmatic purposes. The following is a break down of users who buy online. Interestingly enough, Chile, although behind the always prominent, leads Italy and far bypasses Spain.

On that same e-commerce note, but from a different source, TradeDoubler concluded that the European online community shops all day long, but when the sun goes down, business goes on. Of course, even that varies from country to country. The Danish shop from 5-6pm; the British shopping peak hours are around 8pm, Swedes follow around 9pm, and Germans and Italians prefer to fill their online carts between 2-4pm. Spanish online shoppers pull out their wallets more between 12 and 1pm, while the French take it easy and spread their shopping activities from 6-10pm.

Although TradeDoubler assures us that most European’s shop in the evenings, there’s plenty of shopping going on during work hours. Take note. And if you’re up for more interesting details, download the latest World Internet Project study, it’s worth a good look over. 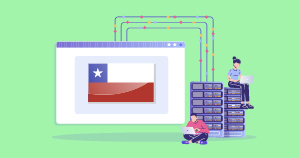 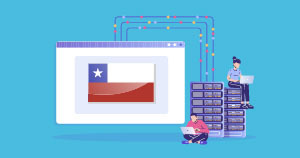 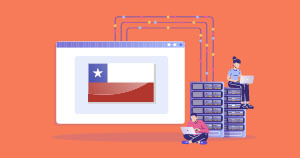 Technorati broadens their horizons
Alibaba, “Connecting China and the World”