Like their entrance into eight other countries, Opodo dived into the Spanish market, forming an alliance with Rumbo, an already established and unquestionably successful giant. In conjunction the two companies have plans to maintain the joint effort until they reach a 10% market share, projected to happen within the next three years. While they will act as two separate companies, there is always the possibility of a much closer relationship, including fusion or acquisition.

In an interview, Simon Vicent, CEO of Opodo, said that their strategy in Spain will involve several phases. Initially, they plan on working actively to establish the Opodo brand in the market. Following that they will evaluate their progress and introduce new products.

When asked about the growth of the online tourism market in Spain, Simon Vicent, responded that the market is growing, especially for users between the ages of 26-45 years old. Opodo believes that one of the biggest driving forces in the online travel industry are the low cost airlines, 81% of whose reservations are made online. There are already 34 low cost airlines that fly in and out of Spain. In fact, the entire online travel reservations market in Spain is now worth 620 million euros.

Rumbo’s Managing Director, Ignacio Martos agreed that the alliance between the two companies will also benefit Rumbo in other European markets. Rumbo will be providing all of the technical support for their strategic partner, while Opodo will take care of the marketing and promotion of products in different countries. Both companies agree that within the next four years, 77% of airline tickets will be sold online. 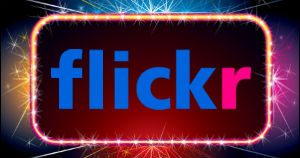