If you regularly work on the localisation of international digital marketing campaigns, you will know the difference between international and multilingual. Depending on which countries you are targeting, you are not always required to translate your campaigns and your content.

Most of the time when running international marketing campaigns you will need to localise them, adapting them to the specific culture, dialect, or language of the countries you are targeting. However, international doesn’t always have to mean multilingual, as in the case of Britain and the US, both of which speak English. Having said this, when it comes to international digital marketing, localisation comes into play even when the language stays the same.

This is because there can be many differences between two variations of the same language, in terms of spelling, vocabulary, collective nouns or past tense verbs, for instance.

There are also some changes in terms of vocabulary. British people are familiar with some American words thanks to the influence of Hollywood films and American TV shows, but the opposite is not always true, because Americans are not influenced by the British culture in the same way. Digital marketing campaigns or websites written in British English but intended for an American audience will be very confusing and unsuccessful in the target market, and the opposite is true as well.

Remember that it may be the same language, but it still needs to be localised!

Other languages which have similar differences are European Portuguese and Brazilian Portuguese, European French and Canadian French, and European Spanish and LATAM Spanish. Using the right terms and the right approach to the specific culture/market is essential to run a successful international campaign in your target market.

To localise a non-multilingual PPC campaign, you should take into account the differences illustrated earlier. Because the meanings of some words are different in different countries speaking the same language, the keyword search volumes for those words is likely to vary too, and this will in turn affect your campaign.

An example is the UK word ‘jumper’, which translates to ‘sweater’ in American English. A ‘jumper’ for Americans is a sleeveless dress. Using the wrong terminology will cause confusion, and in some cases you could even offend your customers.

It is very important to know the most popular search engines in your targets markets too, as this will help you tremendously when it comes to allocating your PPC advertising budget. The population sizes, the internet penetration rates, and the search engine market shares vary from country to country, as you can see in the table below.

Google is the number-one search engine for most markets in the world, but in the US, for instance, Bing is also a search engine to consider: it has 95 million users! When targeting the US, make sure to allocate a share of your advertising budget to Bing to prevent missing out on a large chunk of your target audience.

It is equally important to adapt your message to your target market: what is relevant to one country may not be relevant to another one, even if both countries speak the same language. Always do your research, and use a message which is relevant to your audience.

To recap: always use the correct spelling, vocabulary, and grammar in your international marketing campaigns; perform keyword research from scratch for each target market, even on a state/regional level.

Follow these tips, and you will exponentially increase your chances of having a successful campaign. Good luck!

Account Management Team Leader at Webcertain
Gemma is an ambitious marketing professional with a BA in Recreation and Tourism Management and an MA in Marketing. With over eight years’ experience at Webcertain, Gemma has worked in most areas of digital marketing and has been a part of the account management team for over two years. She continually seeks to put clients first by building strong working relationships and meeting clients’ targets and is always striving to expand her knowledge of the industry. Gemma is from the UK. 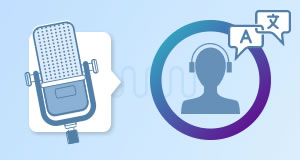 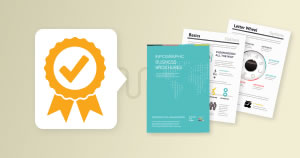