Google is without a doubt the main search engine in English-speaking countries. Having said this, Bing, the web search engine owned and operated by Microsoft, is growing and growing. Bing’s market share in the US, UK and Canada has been on the rise lately. This is not all: Bing’s features set it apart from Google, and can come in handy to digital marketers. Bing’s market share in the UK reached 20%, and in Canada it is 28%. In the US it is even higher: 31.3% on desktop, and 21.9% on mobile. It is undeniable that Bing has been growing in the past few years, and it is time digital marketers gave more attention to it.

Bing’s rise in market share is partly due to the fact that it comes as the default search engine with Windows 10, running on more than 400 million devices across 192 countries. Moreover, it is not only used in countries which speak English, but also in places such as Taiwan, Norway and France.

Having said this, Bing does not aim to overtake Google, but simply to have a significant share of the search engine market. Today, if you do not target Bing alongside Google and invest part of your budget in it, you risk missing out on a lot of potential customers. Spending a percentage of your budget equivalent to Bing’s market share in any specific country is probably the best approach you can have, and the one which is going to provide the best results.

The benefits of using Bing:

Marketers should not ignore Bing’s propensity to regularly add new features either. The search engine gave advertisers the ability to control their search campaigns based on user demographics almost a year ahead of Google, and it introduced device targeting before the search giant too.

In July this year, Bing introduced a ‘Popular Content’ section to its SERP, consisting of a carousel showing the most popular content on the site. Recently, it has also improved its image search capabilities: users can now search for specific items within mages using the magnifying glass appearing with the pictures in a search. Earlier this year, it also introduced a new ‘trails near me’ feature aimed at hikers and campers, showing trails and camping sites near the user, as well as health-related search updates delivering a carousel of exercise images when the user searches for ‘workouts’ or ‘exercises’.

It seems like Bing is doing a lot to make the search experience as smooth and relevant for its users as possible! Make sure that you are up to date on the market share of Bing in your target countries, and seriously consider investing an equivalent amount of your budget in this search engine, if you haven’t already done so.

Account Management Team Leader at Webcertain
Gemma is an ambitious marketing professional with a BA in Recreation and Tourism Management and an MA in Marketing. With over eight years’ experience at Webcertain, Gemma has worked in most areas of digital marketing and has been a part of the account management team for over two years. She continually seeks to put clients first by building strong working relationships and meeting clients’ targets and is always striving to expand her knowledge of the industry. Gemma is from the UK. 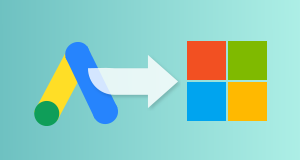