A new live-streaming app called Bigo Live is fast becoming one of the most popular social platforms in South East Asia.

Bigo Live has only been available for four months, but is currently the top free app on Singapore’s App Store, ahead of established giants such as WhatsApp and Facebook Messenger.

The app has found itself consistently in the top 20 of the most popular apps in Singapore, Indonesia and Vietnam, as well as many other countries in the region.

Working in a similar way to Periscope, the new app has proven extremely popular with younger users.

It also has the funds behind it to keep the service cutting edge, with Chinese social network powerhouse YY having a 27% stake in Bigo Live.

Research in the Asia Pacific region has shown that web-influenced offline sales are expected to grow quicker than purely digital sales.

Forrester Research, the firm behind the study, forecast that by 2020 up to 30% of all retail sales in the region will be made on the high-street, but stimulated by online activity.

However, over the same time period, web-influenced offline sales are expected to rise much faster, from 19% to 29%.

Similarly, eMarketer has also said that it estimates that this year, 12.1% of offline sales in Asia-Pacific will come as a result of online activity, more than anywhere else on earth.

Coca-Cola has been forced to remove adverts from a Sprite advertising campaign in Ireland, after complaints of sexism from consumers.

The “Brutally Refreshing” campaign caused offense by its use of phrases such as “She’s seen more ceilings than Michelangelo”, and “You’re not popular, you’re easy”.

The campaign also encouraged users on social media to send in their own “refreshing truths”, but Sprite’s own examples used on the online ads have been heavily criticised for being offensive.

After the adverts drew in complaints, with one Twitter user calling for a revision of “internal policies”, Coca-Cola apologised and removed the online ad, which ran on the Irish men’s lifestyle website Joe.ie.

A statement released by the drinks company said that it was sorry for any offense caused and that it was intended to “provide an edgy but humorous take on a range of situations”.

The adverts have since been replaced.

Facebook has announced plans to test an affordable Wi-Fi service, intended for rural areas of India.

The Express Wi-Fi programme is set to be launched commercially relatively soon, and comes at a time when the company is looking make an internet connection available to everyone worldwide.

A spokesperson from Facebook said that testing is in its early stages and that it is looking to work with “multiple local ISP partners”.

Facebook has already completed a pilot launch involving 125 public Wi-Fi spots in rural India, as it looks to create access for the hundreds of millions of people in the country currently not using the web.

And finally, the Yandex.Checkout payment service has received an update, in order to allow customers to pay using QR codes.

Russian users of the service will now be able to use the Yandex.Money mobile app to scan a QR code, which will then display the product’s name, seller and buying price.

After that, the user can choose his or her payment method, such as a bank card, e-wallet or Yandex.Money account, and complete the transaction.

The QR codes can be placed on either online products or physical goods in-store.

Currently, over 76,000 stores online use Yandex.Checkout in Russia, whilst Yandex.Money boasts over 4 million users. 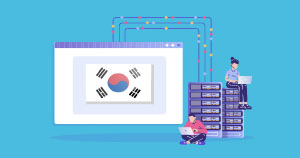 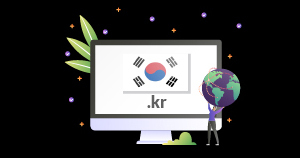 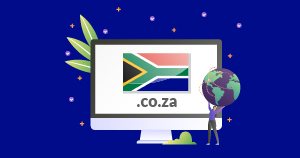