The war between Interflora and Marks & Spencer has been on-going for some time now, here is a quick wrap up of the situation: 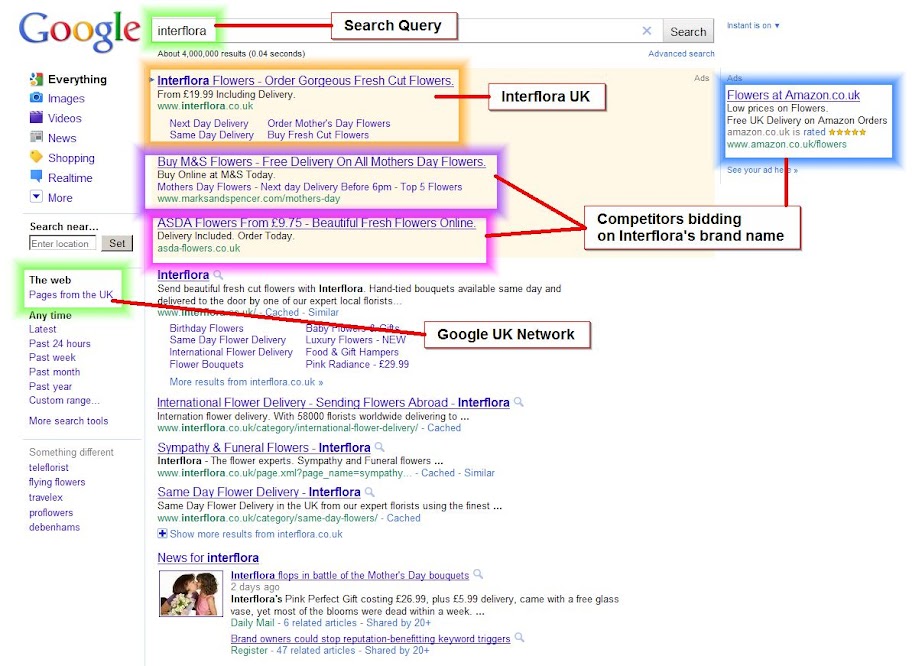 Last week,  the ECJ ruled in favor of Interflora which needs to be applied by the High Court in the UK in order to appreciate M&S’ liability.

The ECJ said that trademark owners can stop companies using their brands as triggers for adverts for competing products if that use “substantially interferes with the proprietor’s use of its trademark to acquire or preserve a reputation capable of attracting consumers and retaining their loyalty”. The interference is yet to be defined though…

Interflora’s marketing director, Michael Barringer, says: “This judgment backs all the hard work and effort we have put in to defending the Interflora brand. People searching the internet for “Interflora” want “Interflora, the flower experts and no one else. Our brand stands for quality and service and together with our network of independent florists, we have spent the last 80 years building this reputation.”

Why did Yandex choose Turkey as its new frontier with Google?
World-Wide Stats: How Does Social Media Buzz Travel?