The court said that Qihoo’s practices amounted to unfair competition, saying that the company should not use its dominance in the internet security sector to force consumers to use its products in other sectors.

This is not the first time Qihoo has lost a legal battle regarding unfair competition. It has previously been fined as a result of successful lawsuits by Baidu, Tencent and Kingsoft.

Qihoo is a Chinese technology company specialising in internet security. Its free security software Defender is extremely popular, with around 95% penetration in China.

Twitter to show promoted tweets on Flipboard and Yahoo Japan

Twitter has announced plans to show its promoted tweets on the news app Flipboard and Yahoo Japan.

With a recent study showing that 185 billion tweets were read outside of Twitter in just 3 months, the move aims to capitalise on this high number of people who view Twitter’s content outside of its website.

Twitter’s senior product director explained how the move will benefit advertisers, saying: “For the thousands of brands already advertising on Twitter, these new partnerships open a significant opportunity to extend the reach of their message to a larger audience.”

It is so far unclear how Twitter will split the ad revenue with Flipboard and Yahoo Japan, with the companies saying that the final details still need to be finalised.

The plans come amidst concern about Twitter’s slowing user growth rate. Twitter hopes that the new initiative will allow them to make more money from advertising without having to attract more users to the platform. 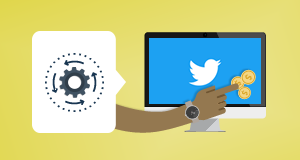 Twitter is the world's most popular micro-blogging website, making it an important place for your business to have a presence. The ability to set up a promoted-only tweet ensures that your tweets are shown to the people in your defined target audience (not directly your followers like an organic tweet). Twitter allows promoted tweets to incorporate website cards. A website card is designed to enhance your ads by including text, image and a call-to-action button.

The Indian company Micromax has overtaken Samsung as the country’s most popular smartphone maker, as reported by Reuters.

This is the first time ever that Micromax has topped the country’s smartphone manufacturer leaderboard, with Micromax selling 22% of smartphones in India in the 4th quarter of 2014, ahead of Samsung at 20%.

Micromax’s success has been attributed to its handsets’ low price, as many constomers in India are opting to buy cheap smartphones to replace their feature phones.

And finally, research from PPRO Financial Group has revealed that only 55% of UK businesses targeting international customers are willing to adapt their payment options to suit the target market.

The research found that, as a result of this, a staggering 40% of international customers left the site at the payment page.

Preferred payment options differ in different countries, with methods such as e-wallets, giropay and iDEAL proving popular in Europe, despite being relatively unheard of in Britain.

One Response to Qihoo Fined 51 Million Yuan For Unfair Competition, Twitter To Show Promoted Tweets On Flipboard And Yahoo Japan