The second annual conference “Audience Control and Advertising in the Internet” has just come to a close in Moscow. More then 300 people from different regions of Russia came to the capital to discuss internet advertising perspectives, 2 times more than last year.

Evidence that web is becoming serious participant in advertising market is increased attention of TV companies to their representatives online. TV workers, their advertising capacities having been limited by the new law, are seriously worried about their weak presentation in the Internet – says vice-president, Marketing and PR Director of Mail.ru Anna Artamonova.

She was referring to the new federal law “About Advertising” which came into force last month. The internet was practically untouched. That has turned it into a highly desirable advertising area for Russian businesses as the new law has limited other traditional mass media in advertising materials placement. The internet was referred to in the section about advertising broadcast through electric communication networks, but its provisions were directed at spamming. Spam is now forbidden by the law, but other forms of online advertising were left alone.

This has helped fuel the online marketing industry, already enjoying a record breaking year. The number of business internet resources is increasing, especially those in the area of mechanics, real estate, photo, building, goods and services. Growth in these types of sites was from 31% to 40% over the period of November 2004 to November 2005.

In comparison with sites of newspapers, magazines, TV channels and programs, number of which has grown only 2.3 times from 1999 to 2005, number of sites, promoting, for example, real estate, has grown 8.2 times during same period. The conference has also noted that these sites are being placed geographically more evenly, as Moscow gradually draws back from its leading position.

According to Regional Web Information Centre, in December, 2005 the share of domains, registered in Moscow was 50.41%, and in December 2004 this amount was 53.72%. The rate of regional registrations of domains has been constantly growing, according to the RWIC report for 2005.

Of course the reason Russian businesses are beginning such attention to the internet is due to the increased number of users. According to Top 100 rating data, Russian internet daily audience has exceeded 7 300 000 users in March. In comparison with last year highest figure – 5 700 000 users/day – daily audience has increased 29%. Growth of monthly audience for two last years is almost the same as Runet reached during the previous five years. 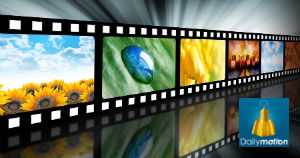