Businesses targeting international markets are putting their performance at risk by having slow loading speeds, research has suggested.

A report from Nielsen has revealed that 47% of people expect a website to load within 2 seconds, and 40% will leave a website if it does not load fully within 3 seconds.

Slow loading speeds are a particular problem for international businesses because the customer will often be located thousands of miles away from the server the website is hosted on.

As well as the obvious problem of people simply leaving a website if it does not load fast enough, slow loading speeds also cause problems with tracking sales.

They can disrupt the ad tracking process, meaning that advertisers and publishers will not have an accurate picture of where and when sales are taking place.

Indonesian e-commerce market to be worth $25 billion next year

The e-commerce market in Indonesia is expected to be worth around 25 billion US dollars by 2016.

This is a threefold increase on the 8 billion US dollars the market was worth just 3 years ago, with growth largely being attributed to rapidly rising internet penetration in the country.

Over 80 million people are regular internet users in the country.

The Indonesian company Lippo Group has already announced its intentions to invest in 500 million US dollars in the development of an online department store. The company also owns much of the online infrastructure, such as satellites, data centres, fibre optic cables and 4G mobile network base stations.

A study by Nielsen has revealed that shoppers in South Africa are some of the most open in the world when it comes to trying new products.

Over half of South Africans questioned in the study said they had bought a new product the last time they went shopping.

Brand recognition was important to around a quarter of respondents, with shoppers saying they were likely to buy from brands that they already knew and that had a good reputation.

The very fact that a product is new is important to many South Africans, with 24% saying it would be enough to encourage them to buy it.

A staggering 80% of Dailymotion users pay for digital content each month, with 40% paying for music and 30% paying for TV and film streaming services.

Dailymotion, which is owned by Orange, started life as a French video sharing website similar to YouTube but has since spread internationally, with just 20% of its revenue now being generated in France. 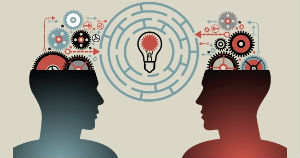