European online shopping for American customers has become much easier this week, as the duty-free limit per day jumps to $800.

Up from the previous daily limit of $200, this comes following an alteration to the Tariff Act signed by President Barack Obama.

It comes as a welcome change to luxury brands in the EU, such as German foot wear company Shoepassion, whose products are mostly priced above the previous $200 limit, meaning shoppers in the United States had to pay tax on their items.

Tobias Borner from Shoepassion, said that sales had been growing since the company launched an English language website, but that the site is aimed at the UK market.

With US customers used to paying the extra tax, the increase in the duty-free limit is expected to cause the sales of high quality brands across the EU to increase.

Sweden’s online video usage is seeing a steady growth at the moment, with younger users using it most frequently.

According to research carried out by Dagensanalys, 34% of Swedes use YouTube every day.

When compared to the other video streaming sites in Sweden, YouTube was by far the most popular, with only 11.3% of respondents using second placed Netflix with the same regularity.

The study showed that whilst 70% of 15-22 year olds used YouTube every day, this number declined with age, with only 47% of those aged between 23-35 using the site on a daily basis.

However, notably, only 1.3% of millennials don’t use YouTube at all, meaning that a huge 98.7% of them use the site in some way.

Baidu has made a further move into visual entertainment, by investing 155 million US dollars in its new Baidu Video service.

The investment will make Baidu Video a separate business to its parent company, part of Baidu’s plans to grow the service into China’s leading video platform.

Already with 300 million viewers per month, Baidu hopes to use its position as majority shareholder in iQiyi, to access broadcast content via deals with the BBC and the Discovery Channel.

iQiyi also recently made a deal with 20th Century Fox, which will allow Baidu to first stream the studio’s films, after theatrical release.

Securion has launched a simple way of receiving payment, for small online retailers.

CMO of Securion, Adam Wesolowski, said that the new payment method was designed “to be understood by beginners”, whilst also attracting more advanced merchants looking for an alternative.

The user can simply copy a few lines of code into their hosted website, which will then allow for customisation, after which visitors to the site will be able to use a simple click and pay button.

The Swiss firm has said that it wants to ensure that even with no knowledge of coding, a small or start-up business can implement its quick and easy payment method onto an ecommerce website.

And finally, known around the world for their successful television show ‘Top Gear’, Jeremy Clarkson, Richard Hammond and James May are moving into the online world.

The three presenters have been joined by Ernesto Schmitt, formerly of digital marketing firm Beamly, in creating a new online community for petrol heads called DriveTribe, which is expected to launch in the Autumn.

The site and dedicated app will launch with a system that will target different car communities, from classic-car enthusiasts to supercar fans.

They’re looking to target the 428 million declared petrolheads on Facebook for the time being, but also say that they aim to extend the model into other verticals, which could also include fashion or food. 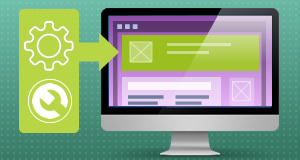 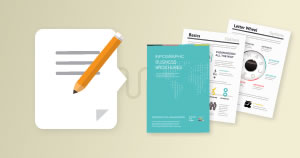 Insertion of changes to desktop publishing