It has been confirmed that WeChat-owner Tencent Holdings has helped the Indian messaging service Hike raise 175 million US dollars in funding.

Hike, a rival to WhatsApp in India, already boasts 100 million users, but Tencent’s success with WeChat and its experience in growing a leading messaging app to act as a “full- service platform”, should prove invaluable.

Currently, Hike targets the Indian market with features such as offline messaging to keep data costs down and the ability to communicate through images to break down local language barriers.

Tencent said in a statement that the investment was made in order to “understand more about India, which is one of the world’s fastest-growing markets in terms of mobile internet users”.

The Chinese giant has also confirmed that Hike will be able to work independently, but the two companies will work together in “potential areas of cooperation”.

Following a court ruling in Russia, Google has failed to reach an out-of-court settlement with the state watchdog.

It was confirmed last week that Google had been issued with a 6.8 million US dollar fine for abusing its position as the dominant company in the market by forcing the installation of certain apps onto Android devices.

Following the ruling, Russia’s anti-monopoly regulator, the FAS, confirmed an out-of-court settlement would be possible if Google admitted to violations of antitrust laws.

However, Elena Zaeva from FAS has now announced that the talks with Google have “come to nothing”, and that the court “should draw a line under the case”.

Google’s appeal has been rejected.

Internet population set to hit 730 million in India by 2020

Indian internet penetration is due to double by 2020, compared to the end of 2015.

According to a report by Nasscom and Akamai, India will remain the fastest growing market and reach 730 million users in five years, in part due to the substantial increase in internet access in rural areas.

India has recently overtaken the US to take second place globally in terms of internet consumption.

The study also revealed that 75% of the 380 million new users will be using the internet in rural languages, potentially giving businesses an opportunity to target new areas of India.

The Nasscom President said that with the internet penetrating new areas of the country it would “create more opportunities for everyone”.

Email marketers should use personalisation in UK

A survey from Mailjet has revealed that personalisation in marketing emails is the most likely feature that will make UK users open the message.

Over all age groups, personalisation was seen as most influential by 40% of respondents, with design and timing following with 34% and 21% respectively.

However, within the 16-29 age bracket, design was judged to be the most vital attribute by over 43% of people.

Meanwhile, the study also showed that less than 10% of those over 30 will ever click through from a promotional email if they are on a mobile device, with still only 18% of those under 30 likely to do so.

And finally, Baidu and Ford have invested heavily in Velodyne LiDAR Inc, a company that develops technology allowing cars to drive without any human input.

The combined 150 million US dollars from Ford and Baidu will go towards manufacturing the next generation of Velodyne’s LiDAR (Light Detection and Ranging), which is currently used on Ford’s self-driving research cars.

Whilst Ford looks to increase its fleet of research vehicles from 10 to 30, Baidu is also looking to expand its autonomous car branch by increasing the size of its research team, which will focus on robotics and machine learning.

Baidu is already testing vehicles through a partnership with BMW in China, with Baidu’s Autonomous Driving Unit saying that the investment will “accelerate efforts in autonomous driving”. 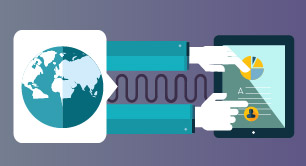