First up its Facebook, which has just launched a dedicated Shopping feed.

The feed aggregates all shopping-related posts from Pages, making it easier for users to browse for products. With recent research showing that half of Facebook users use the social network to look for deals, it will hopefully be useful for users and businesses alike.

To enable products to appear in the Shopping feed, business Pages just need to “highlight” posts. These posts will then appear on the Page itself within a dedicated Shop section, and within the Shopping feed of users who “like” the Page.

The Shopping feed is currently being tested on a small number of users, but the feature should be available to all users in the future. It is accessible via the Favourites section of the app navigation menu.

Moving onto China, where social messaging app WeChat has just increased its appeal to users by launching a Windows app and 3D Touch functionality for iPhones.

The WeChat Windows app allows users to download the app to their Windows PCs, letting them chat and make video calls using the app on their computers.

The 3D touch functionality is a new feature unique to the new iPhone 6S and 6S Plus models. Pressing app icons with different amounts of pressure produces different outcomes.

With the WeChat app, pressing the app for a normal length of time simply opens it as per usual. Pressing and holding the app for a longer amount of time brings up multiple extra options, such as muting sounds, displaying a QR code, taking a picture and opening a new chat.

WeChat is the most popular social messaging app in China, with more than 600 million monthly active users and a platform that businesses serious about engaging with a Chinese audience should be harnessing.

Advertisers can request a custom-made report from their account manager.

Data collection will then begin, with the advertiser’s target audience being split into two groups, those who see the ads and those who don’t.

After the ad campaign has finished, conversion rates for variables such as website clicks and app installs are then compared, analysed and prepared into a report.

The report will be delivered around 2-3 weeks after data collection took place.

Twitter has described the reports as “a custom data-driven report designed to help you better understand the impact your Twitter Ads campaigns are driving toward your bottom line”.

Thought we’d forgotten Instagram? No chance! The image-based network has expanded its advertising platform to over 30 new countries.

Ads use the same audience targeting tools as Facebook ads, and are suitable for marketers who want to boost their website visits, app installs and video views.

Ads can be the form of square or landscape photos and videos, with videos lasting up to 30 seconds.

And last but not least, Facebook has expanded its search feature to allow users to search for keywords and see results from any of the 2 trillion public posts posted by all people and Pages.

Previously, search only worked for friends and Pages that a user “liked”.

The new functionality has initially been rolled out users who have US English as their language option, but will be rolled out to all users in the future.

Search results are split up into sections, with posts from trusted news outlets showing first, followed by posts by friends, the most popular links and finally posts by strangers.

Facebook hopes it will help users who want to keep up to date with breaking news stories and other live events. 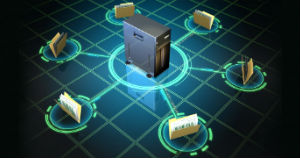