The Chinese social messaging app WeChat has been accused yet again of censoring the car app company Uber.

WeChat has admitted to blocking all of Uber’s accounts on the app, as well as accounts that promote Uber, claiming that these accounts broke WeChat’s terms of service by engaging in “malicious marketing activities” and collecting users’ personal information.

WeChat’s parent company Tencent has invested a large amount of money in Uber’s main rival in China, Didi Kuaidi, making many question whether the company’s decision to block Uber on its platform is really about protecting users or simply another example of the censorship that already plagues China’s internet space.

There was also a so-called technical glitch in July which meant that searching for the word “Uber” in WeChat brought up zero results.

WeChat is the most popular social messaging app in China, with more than 600 million monthly active users.

The service, named Ländernachweis, allows both senders and recipients to track the location of a parcel via the use of a radio frequency ID tag.

The service is available to German businesses and individuals sending low-value items to Switzerland, the US, and 14 EU counties including ecommerce-hungry nations such as the UK, France, Norway, Sweden and Denmark.

Indian advertising spend to increase by 13% in 2016

Advertising spend is predicted to increase by 13% in India next year, according to research by ZenithOptimedia.

Ecommerce and mobile phones are expected to be the driving force behind this rise in advertising spend, with the Indian advertising market being predicted to grow by 3 billion US dollars between now and 2018.

The news comes as the country makes a big step in improving its internet infrastructure. A new internet gateway is expected to open this month, meaning that there will be increased capacity to connect more people to the internet.

Research by Epsilon has revealed the brand loyalty landscape in Japan.

Car brands also attracted high levels of loyalty, with 36% of respondents saying they were loyal to their car manufacturer.

However, the research found that just because a customer was loyal to a brand, it didn’t mean they were likely to buy more products from that brand.

Respondents were especially willing to shop around for cheaper alternatives in the clothing, restaurant and grocery categories.

And finally, Google has launched a Wi-Fi network in the Ugandan capital of Kampala.

The network is free to internet providers, who then charge customers to use the service.

This is not the first internet project that Google has run in the country. Earlier this year, it chose the country to be the pilot for its Google Link project, which involved laying fibre optic cables to improve internet access in the country.

Only 8.5 million Ugandans currently have access to the internet, equivalent to around 23% of the population. 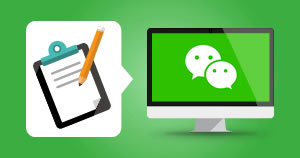 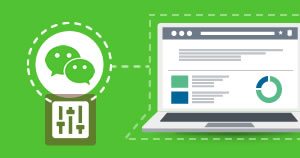