Italy is the most prolific nation in the world when it comes to cross-border ecommerce, according to research by Nielsen.

The study found that a staggering 79% of Italian internet users engage in cross-border ecommerce, the highest proportion in the world. The global average is 57%.

In contrast, children’s items and fresh food were the least popular product categories.

PayPal was the most popular payment method for Italians buying from foreign sites, followed by prepaid cards and credit cards.

The online Indian restaurant listing company Zomato has announced that it is on course to break even and become profitable by the middle of the year.

Currently all the major Indian ecommerce companies, including Zomato, are making losses as they engage in a fierce price war in order to attract customers.

If Zomato does become profitable this summer, it will be the first Indian unicorn (meaning a company worth over 1 billion US dollars) to do so.

Zomato makes most of its money through advertising and is also seeing increasing revenue from its popular take-away delivery service.

It is also limiting the number of cities it operates in, having recently withdrawn from less profitable small towns to focus on just the 10 biggest cities where it makes the majority of its money.

The travel search engine and booking company GoEuro has added France to the list of countries that it covers.

Its partnership with the French transport company SNCF means that 3,000 French railway stations, 450 bus stations and 91 airports have been added to the GoEuro website.

A spokesperson from GoEuro commented on the expansion, saying: “The addition of France is great for our users and a milestone for GoEuro. We are proud to be developing…an easy-to-use platform that will integrate Europe’s coach and rail networks with the airline industry.”

France is the most popular travel destination in the world, attracting around 83 million tourists every year.

This means that WhatsApp, which is owned by Facebook, is even more popular than Facebook’s own messaging app, Messenger.

WhatsApp handles 42 billion messages and 250 million videos every day, making it the most successful social messaging app in the vast majority of markets.

There are a handful of markets where WhatsApp is overshadowed by local giants, however.

WeChat, Kakao Talk and Line are the most popular mobile messaging apps in China, South Korea and Japan respectively.

WeChat recently pressed forward in the Hong Kong market in fact, where it has just launched its mobile payments service WeChat Pay.

And finally, research by GPeC has revealed the ecommerce landscape in Romania.

Around a third of Romanians engage in online shopping, equivalent to just over half of internet users in the country.

There has been significant growth in mobile commerce, with 20% of online shoppers reporting that they had bought an item using their mobile phone in the last year.

The average Romanian online shopper makes 8.2 purchases a year, with the vast majority opting for the cash-on-delivery payment option.

Romanians are keen embracers of cross-border ecommerce, with research from Visa suggesting that they spend on average 18 Euros more on foreign ecommerce sites than domestic ones.

The most common product categories bought online are electronics, fashion, beauty, home and decoration, and children’s items and toys. 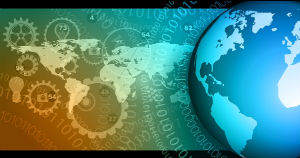