Google has announced the findings of its analysis of television advertising campaigns.

Matt Brittin, Google’s top European-executive, has revealed that the data taken from eight countries shows that in 80% of cases YouTube campaigns are more effective and will drive more sales than TV ads.

However, the TV marketing body Thinkbox has responded to the report saying that Google’s analysis “misses the point” and that television advertising has “proven effectiveness”.

This research comes after Google told UK advertisers in October that they should be spending a quarter of their TV advertising budget on YouTube in order to reach customers in the 16-24 age bracket.

Thinkbox hit back on that occasion as well however, and showed its own research that suggested that YouTube only accounted for 10.3% of video consumption for that age bracket.

The new service will work similarly to Google Maps featuring areas of food, drink and shopping.

It currently covers 18 countries in Asia including Japan and India, but this move will broaden Baidu Maps to 150 countries around the world.

To cover this area, the company will work with leading mapping companies and satellite service companies.

Baidu has also said that it hopes to work with governments around the world to develop tourism prospects.

Baidu currently has over 300 million users of its maps service, something it hopes to increase as it expands abroad.

According to a new study by Cefrio, French speaking adults in Quebec are accessing news content through traditional outlets at a much higher rate than others.

While 63% of people who speak English or another language in the city use the television to catch up with the news, over 72% of French speaking people do the same.

However, the biggest difference comes from those who get their updates from the radio, where a full 20% more French-speaking adults use the radio for news than those who speak English or another language.

The survey also revealed that those who don’t use these traditional methods are far more likely to use Facebook than any other digital format, with 37% of respondents saying they used the social media site for their news updates.

ShabdaNagari, a new social networking site for Hindi speakers, has acquired over 20,000 registered users in its first year.

This high level of interest stems primarily from cities in India and other Hindi speaking countries, but also in places such as the USA and Canada.

ShabdaNagari has said that its vision is “to establish that online platforms should speak to users in their language”, and not make people believe they have to “learn English to be connected in a digital world.”

According to studies by Google India, Hindi language online content is growing at a rate of around 94% per year compared to just 19% growth for English content.

Launched recently in the United Arab Emirates, Biddi allows users to have their own page and talk to online vendors in a two-way conversation.

Made up of 20 different wide-ranging categories, Biddi brings what it calls an “open community” that can alert the customer when an item has had the price dropped to what they are prepared to pay.

The website also recently introduced Biddi Picks which features a vendor for a period of time, who can then create a gallery or video of their items for buyers. 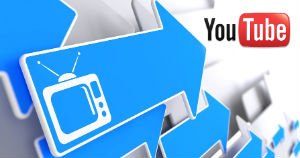