In the last few years, social networks have become a part of our everyday life. Facebook hit 1.1 active billion users in March 2013 and continues to grow (last figures show almost 1.2 billion), and there are almost 650 million registered Twitter users.

However, the social world doesn’t start and end with these two networks, especially in non-English speaking countries. In this article, I want to talk about the particular example of Tuenti.

Tuenti is not the only local social network which is or has been extremely popular in the past few years. Examples such as Orkut in Brazil, Soszial in Paraguay, Facehot in Chile or Piapo in Venezuela also come to mind, and these are just a few.

Tuenti is a social network created in Spain in 2006 by the American Zaryn Dentzel. Tuenti has been extremely popular in Spain; in 2008 the statistics said it all: 8,000 new registered users a week, 2,100 million pages served a month and almost two hours of connection time per person and session. Nowadays, Facebook leads the Spanish social media horizon with over 19 million users. However, with nearly 10 million active monthly users and no signs of decline in the last year, Tuenti most certainly must not be sniffed at. Many popular Spanish chains, shops and retailers, such as the divisions of the Inditex group, hold profiles on Tuenti. The Tuenti logo is printed on store bags and plastered over the most popular e-commerce websites. So what is stopping your international business from having a presence on the second most important social media platform in Spain?

Many aspects of Tuenti can remind users of Facebook: there is a wall, you send friend requests to those you wish to add as contacts, you can share comments, pictures, and videos and you can comment on your friends’ content as well as send private messages. You can play games and advertise your business. However, Tuenti wanted to appear as a site different to Facebook, and with the slogan “Tuenti: Between Real Friends” took up the fight by promoting itself as a site where the “quality, not quantity” of your friends was important. Its creators even said that it “is not a place to meet new people”.

Tuenti has also jumped on the privacy bandwagon: it can’t be indexed by Google and, according to its creators, it’s “not easy to hack” due to the encrypting technology used. New features were created to give it an edge over other social networking sites. For example, one of the features that users appreciate the most is the ability to distinguish between “connections” and “close friends”.

A major revamp was announced in summer 2012: the page and logo were completely renewed, and turned into a multi-platform site offering 12 languages; the network is now being actively promoted in Europe, Latin America and the US; and an instant messaging app was released. This instant messaging service proved to be invaluable for Tuenti, with 400 million conversations taking place through it every day. Spaniards, especially younger users, embraced this possibility with open arms, as most of the Spanish networks still charge per text and texting bundles are only just starting to appear and still are not the norm. Prices for sending texts have recently started to go down, but peaked a few years ago with costs of up to 20 cents if sent nationally and up to 80 cents if sent to an international number. With so many Spaniards living abroad because of the lack of jobs, anybody can see why young people turned to instant messaging services such as the one offered by Tuenti. This is similar in Latin American countries. This feature didn’t become the magic solution everybody was waiting for, though, as the launch of the Whatsapp hurt the growth of the popular messaging service. However, Tuenti’s creators have fought back once again: in Whatsapp your conversations are linked to your device, whereas in Tuenti they’re linked to your account. In other words, if you lose your phone, you don’t lose your Tuenti conversations, but you will lose your Whatsapp interactions. The same thing happens if you get a new number.

Time will tell us if these changes and features will help Tuenti in its battle against the Goliath giant that is Facebook at the moment. For now, according to the Washington Post, Facebook’s growth has slowed down among young users. Will this lower engagement be a sign of what’s to come and give a chance to local social platforms to have a bite of the networking cake? Spaniards, at least, don’t seem keen on letting go of their entity. 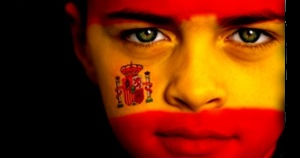 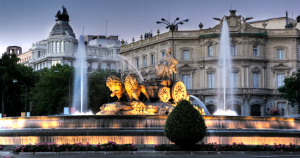