I am sure that my colleagues will agree that being an Account Manager for an International Digital Marketing agency poses different challenges and questions that you probably wouldn’t face if you were working on local campaigns only. Everything we do on our everyday jobs is looked at through an international glass and thought of with a global hat on.

Being a Spanish native speaker, I deal with a few clients who are working on their expansion over South and Central America and trying to target growing markets in these areas. One of the questions I have heard most often as Account Manager for clients who are at the first stage of planning their international campaigns is “Do we really need to localise for all the countries or can we just use the same version for all of South America and Spain?”.

Spanish is the second most widely spoken native language in the world nowadays, trailing only Mandarin. Countries as different as Equatorial Guinea, Chile, United States of America and, of course, Spain, have Spanish as the main or one of the official languages. There are, in fact, a similar number of native Spanish speakers in the US to Spain (39 million, 13% of the US population). While I feel privileged to be able to communicate with over 400 million of native Spanish speakers around the world, as well as over 60 million people who have learnt it as a second language, I strongly believe that we can’t overlook the differences between the local varieties. I hope that with these few lines and a bit of Latin humour I can show you some examples and reasons why it is so important to consider the national and local varieties of Spanish.

Our SEO-translation (also known as SEO-localisation) service enables you to get the most out of your multilingual websites, whether this is launching your website in another country or adding content on an existing site. Our seamless workflow provides you with professionally translated website content that is also SEO-friendly, to ensure your website will be visible to your target audience in their local language and search engines. Working to your brief, we'll deliver content which is in-line with your brand image and guidelines and in the format most compatible with your CMS requirements.

When, in 2002, I travelled to Argentina, I couldn’t imagine the differences I was going to find in the language we all share. For the first time in my life I was visiting a Spanish-speaking country which wasn’t mine, and I thought there would be almost no difference. Argentinians are famous in Spain for their song-like, relaxed intonation and their charming pronunciation of double consonants, but I must admit my surprise at the lexical differences I came across.

I am not going to lie: the communication was almost never hindered; however, I did get a few funny looks and even some laughs at the things I was saying. Let’s look at one simple example: as any tourist visiting Buenos Aires, I wanted to visit the Recoleta cemetery, where many famous names, such as Eva Perón “Evita”, are buried. But Recoleta really is a fair walk away from the Casa Rosada (about 2.5 miles) so we decided to take a bus.  I am no good with maps, so we stopped one of the lovely locals who are ever so nice to visitors and asked for the right bus to take. What we weren’t expecting was the loud laughter that burst out of the tiny lady’s mouth… You see, in Spain, to take the bus, we say “coger el autobús”, while in Argentina “coger” is something a whole lot ruder, so the lady got a graphic image of the transport interaction I was looking for. In Argentina you don’t use “coger el autobús” but “tomar el colectivo”. We quickly learnt that one! Frequently, it is these common words we use every day that are the most different from country to country. Bus has at least 10 variations between South American countries: autobús, colectivo, flota, liebre, guagua…

This is not an isolated example. While in Argentina, I was staying with some friends who had a little girl of around 3 years of age. One day, I was trying to help her get changed to go into town but she did not understand a word of what I was saying, as many of the items of clothing had different names; for headband I was saying “diadema” instead of “vincha”, for skirt I was saying “falda” instead of “pollera”, for top I was using “camiseta” instead of “malla”, and the list goes on… In the end, her mum had to come and do it – we weren’t getting very far in our underage intercultural misunderstandings…

Some may say that most Spanish speakers actually know of these differences, and of the words that must be avoided (such as “coger”). While this is true, and I had for a long time been aware of some of these “dangerous” terms, I still found myself using them out of habit! I was also amazed at the frequency words I didn’t fully understand came up in conversation. One thing worth keeping at the forefront of your mind if you are building a campaign in South America is that, while your target audience might understand your message when you use a different variety of Spanish, you are definitely making them work extra hard. It’s like trying to get schoolchildren in the US to read medieval English;  while they might understand what it means, they have to work harder, and might give up in the process.  In addition, I am sure that, if the competition offered them a modern version, they wouldn’t hesitate for a minute to choose them. After all, whether you are trying to attract leads, achieve sales or promote your brand, you do not want your target audience to see dealing with you as an effort.

So What About Neutral Spanish?

I can already hear the second question that normally follows whenever I have this conversation: “what about neutral Spanish?” But what is neutral Spanish? Where is it spoken? Is there any language that is neutral, with no connotations, nuances and second meanings? No one speaks neutral Spanish (or neutral anything, for that matter); it sounds unnatural and foreign. In the end, it comes down to the same thing: it requires an extra effort from your reader. And we want to make the process of buying from you, of submitting their details or clicking “share” as easy as possible.

We recently lost Nelson Mandela, who once said “if you talk to a man in a language he understands, that goes to his head; if you talk to him in his (own) language, that goes to his heart”. Mr Mandela was an inspiration to the world and to each of us, and I have always admired his message of tolerance and forgiveness. So, in this matter of South American search marketing and language variations, I suggest you take his advice as much as possible: do not try to re-use artificial and irrelevant language to address your South American customers; invest in talking to their hearts. 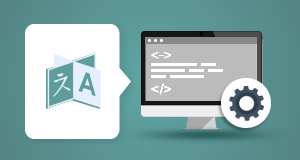 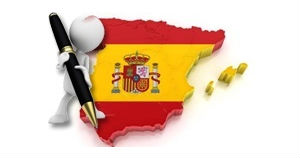 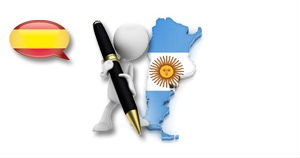