The European Commission has released its Digital Economy and Society Index for 2016.

Denmark scored highest on the Index, followed by the Netherlands, Sweden, Finland and Belgium. On the other end of the spectrum, Romania had the lowest score, followed by Bulgaria, Greece, Italy and Croatia.

When looking at connectivity, 71% of Europeans now have access to high-speed internet, up from 62% last year.

Despite this, 76% of Europeans manage to go online at least once a week. Reading news websites is the most popular online activity, followed by online shopping, social media, online banking and making voice or video calls.

Looking at the integration of digital technology in business, 34% of businesses now use technology to share information amongst workers, 18% now use social media and 16% of small-to-medium sized businesses (SMEs) sell online. Even less are embracing cross-border ecommerce, with just 7.5% of SMEs selling their products online to other countries.

Turning to digital public services, there has been a slight increase in the number of public services now available online, such as registering a new address, birth or death with the authorities, but no corresponding increase in its use.

Apple Pay has had a successful launch in China.

3 million people activated Apple Pay on their phones within the first 2 days alone.

Apple Pay has partnered up with 19 banks in China, covering 80% of all bank card-holders in the country.

Users who have the most recent Apple products will be able to add their bank card details to the payment platform, and will then be able to use their iPhone, iPad or Apple Watch to buy products in any shop with a contactless payment reader.

China is the fifth country that Apple Pay has rolled out in. It also has a presence in the US, Canada, the UK and Australia.

Mobile payments are very popular in China. Apple Pay goes up against already-established competitors such as Alipay, Tenpay and WeChat Pay.

Facebook At Work adds biggest enterprise yet to customer base

Facebook At Work has added its biggest enterprise to its customer base.

The Norwegian mobile carrier Telenor has added 36,000 of its employees to Facebook At Work.

Facebook At Work is a professional social network that enables businesses to create their own internal networks. It is separate from Facebook, and is intended solely for businesses to allow their employees to communicate with one another and facilitate group projects.

It is due to launch globally later this year.

BlackBerry BBM is most popular instant messaging service in Indonesia

And finally, BlackBerry’s BBM is the most popular instant messaging service in Indonesia.

BlackBerry’s dominance in the country may come as a surprise to many, as BlackBerry smartphones account for less than 1% of all smartphones worldwide.

BlackBerry intends to hold onto its lead in Indonesia, and to achieve this it has launched several new features recently, such as in-app shopping, mobile payments and advertising tools for companies.

A spokesperson from BlackBerry said that it was the company’s aim to become the WeChat of Indonesia, combining chat, ecommerce and advertising. 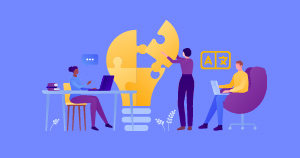 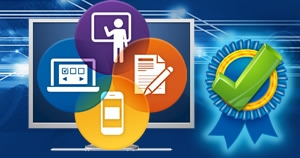 How To Use Pinterest Marketing To Boost Your Brand
The Conference Calendar: Digital Marketing Conferences In March 2016