Do you know what a pin is? If your answer starts with “Personal Identification”, let me stop you. That is not what a pin is – not exclusively, not anymore.

Pinning became a social media verb in 2010, when Pinterest, an innovative new way of doing social, launched. The social network offered its users the unique chance to connect via common interests and hobbies.

Pinterest is designed as a virtual board where pinners (users) can pin (add) photos, videos, infographics, gifs, recipes and pretty much any other type of content imaginable as long as it comes with an image. Its popularity has increased so much in just six years that it now has enough pictures in its database to be able to call itself a search engine. To put things into perspective, you are better off searching for an image on Pinterest than on Google Images.

At the end of 2015, Pinterest had a staggering 100 million users from all over the world.

What Can You Pin?

There isn’t anything you cannot pin, provided it has a picture. From recipes and destinations to products (shoes, furniture, bicycles, electronic gadgets, etc.) and tips in the form of infographics or tutorials, Pinterest has them all.

It’s the perfect tool for creating virtual scrapbooks, which is why it’s become a valuable platform for online marketing. If you have a product and you want to make it visible to the whole world, there is nothing as effective right now as posting it on Pinterest. You will instantly get access to all its 70+ million users, out of which most are 25-34 year old women.

Pinterest can also increase your website’s visitors – it has more referral traffic than YouTube, Google+ and LinkedIn combined. This is because every pin keeps the website it came from. The address will instantly appear below the image. Furthermore, each pin acts as a link to its original website, which means your site is just a click away from your pins.

Pinterest functions on a board system. Each pinner can create as many boards as they please and then arrange them on their homepage so that their most important, favourite or recent boards appear at the top. Boards are usually thematic, so that each can be a collection of something different: food, toys, DIY, etc. What this means for companies is that they can divide their products into categories to make it easier for pinners to find exactly what they’re looking for.

There are several ways to pin an image:

a)    Manually add it to a board by clicking on “Add a pin” and copying the link of the picture, or re-pin an image by clicking the “Pin It” button on an image that’s already been pinned by someone else. b)    Directly from the website – most websites have a “Pin It” button. Pinners Have Followers Too

Followers on Pinterest work the same way as on Twitter. Once you decide to follow someone, their pins will appear on your newsfeed, or in this case, on the Pinterest homepage. Users can choose to follow a pinner, which means they will be notified when said pinner adds pins to any of their boards, or choose to follow just one board. In this case, they will only be alerted when new pins have been added to that particular board.

You don’t need to have followers to be visible on Pinterest though. Once a board is made public, every single one of the 70+ million members of Pinterest can see it. If you don’t want it to be seen, you have the option of making it private.

Users also have the option of inviting fellow pinners to add pins to their board. Marketing-wise, this could come in handy for customer testimonials. However, there is no automatic invite, which means contributors to a board have to be added manually.

The re-pin is an important feature of Pinterest. It works in the same way as the re-tweet, but it has a slightly different meaning. When users re-pin something, it’s not because they want to share it with their followers, but because they have a personal interest in it. Whether they find it inspiring or they want to save it for buying later, pinners will only save something on their private boards if they want to return to it. It’s also very likely they were already looking specifically for the product in the pin.

Likes are often used to show appreciation of a pin, but not enough interest to add it to a board.

Comments are rarely used and usually only between friends because of the public nature of pins. However, this means you are less likely to encounter negative comments on Pinterest than on platforms such as Instagram or Facebook. You cannot block comments, but you can delete them.

Before The Pin Comes The Search

The huge amount of pictures added to Pinterest in the last six years has given it enough assets to call itself a search engine.

Searching for something on Pinterest can be a lot more fun than searching for it somewhere else because of its guided search feature. This feature allows users to refine their search parameters to find exactly what they want instead of spending hours looking through thousands of pins. If, for example, users are looking to buy a new bicycle, they can add keywords such as vintage, street, art or accessories to their search. Pinterest is not the ideal tool for every company on the market, at least not yet. While sharing ideas and tutorials has begun to take flight on the network, physical products are still easier to share and make up the majority of searched-for items. Therefore, Pinterest is perfect for retail companies as it has become the largest, trendiest and most popular online catalogue in the world. It doesn’t just serve as a means of promotion, but also as a third-party sales representative with one single click taking a pinner from Pinterest to an ecommerce website.

Its audience being predominantly feminine, it works best for companies targeting female customers.

Pinterest encompasses various ways of promotion in one, which is what makes it an excellent marketing tool. First of all, companies can display all of their products in the same place at the same time even if some of them are targeted. A clothing company, for example, can create different boards for different collections or even different customer types; a travel agency can create different boards for different destinations, etc. Secondly, it facilitates detailed feedback from customers as it offers them the platform to comment on a specific item.

Advertising on Pinterest appears in the form of Promoted Pins. They are used in the same way as Boosted Posts on Facebook or Sponsored Tweets on Twitter. These promoted pins can be added to boards just like organic pins, which means you can get impressions for them even after the campaign has ended.

Pinterest is on its way to becoming the world’s largest image database, but its search engine tendencies are still encompassed within a social media format. More similar to Twitter and Google+ than Facebook, the platform allows its members to inspire each other and share the products they love. That is why Pinterest is the social place to be for any company who’s got a product to sell. So if your word processor is still having trouble recognising words such as ‘pinner’ or ‘Pinterest’, you might as well add them to the dictionary now. This social fad is here to stay and you need to get yourself on it yesterday.

If you want to learn how to use Pinterest as part of an international marketing campaign, keep your eyes peeled for my second blog post which will be published here soon!

General Manager of Social Media and Influencer Marketing at Webcertain
Daiana’s degree in journalism gave her the writing, research and analytics skills she needs to conduct market research, create social media campaigns and generate performance reports. Daiana has worked in all four languages she speaks, with companies from across the world. She loves putting creativity into social campaigns and has experience with Facebook, LinkedIn, Twitter, Pinterest, Instagram, Naver, Kakao, VK and YouTube. She is also interested in the progress of social media on a global scale and is constantly learning about international social networks. Originally from Romania, Daiana now lives in the UK. 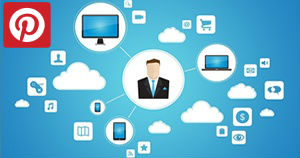