When Yandex expanded into Turkey in 2011, the company proclaimed that it was aiming for 20% of the Turkish search market. Russia’s leading search player might still be a far cry from achieving that objective,  but it is gradually making inroads into a heavily Google-dominated market through clever, locally relevant marketing tactics that should serve as inspiration for other companies with international aspirations.

One of last year’s brightest initiatives was Yandex’s showcasing of its maps service in a campaign that provided Istanbul citizens with real-time traffic information displaying on large LED boards strategically placed around the city.

This year, the company seems to have put its focus on the one thing that makes the nearly 75 million large Turkish population go nuts: football (soccer). Launched on Valentine’s Day, “Futbol Aşkı” (Football Love in Turkish) is a competition that aims to increase uptake and usage of Yandex’s proprietary browser by leveraging the extraordinary passion inherent in one of football’s greatest rivalries – the clash between Turkey’s two largest football clubs, Galatasaray and Fenerbahçe.

Following negotiations which granted Yandex the permission to use both clubs’ respective brands, the company’s local team in Turkey launched customised Galatasaray and Fenerbahçe browsers that come with pre-installed quick links, bookmarks, team skins etc. for both clubs. These browsers can be downloaded on the campaign landing page (image above) which features a counter showing the score of the two sides in real-time. This score is based not only on the number of downloads but also on subsequent usage, thus providing fans with an incentive to try out the actual browser and not just leave it at downloading it.

And judging from the figures, the campaign has been hugely successful. So far, both teams have garnered more than 8 million points (+1 for each download; +1 the first time a user browses for 30 straight minutes without shutting down the session). Moreover, social buttons have been embedded within the site, allowing for easy sharing with supporters’ social circles and resulting in nearly 10K shares on Facebook, 2.5K on Twitter, and finally a mere 300 shares through G+.

The race is close as the competition goes into its final phase (ending this week on March 14th), but a Yandex spokesperson let us know that a new competition, in which Yandex search usage will become a performance variable, is about to be launched. 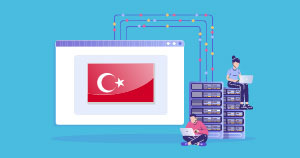 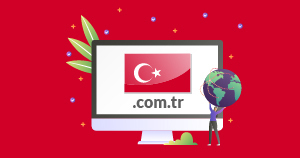 Will 2013 Be The Year For US Companies Going Global?
International Search: Do What The Data Tells You